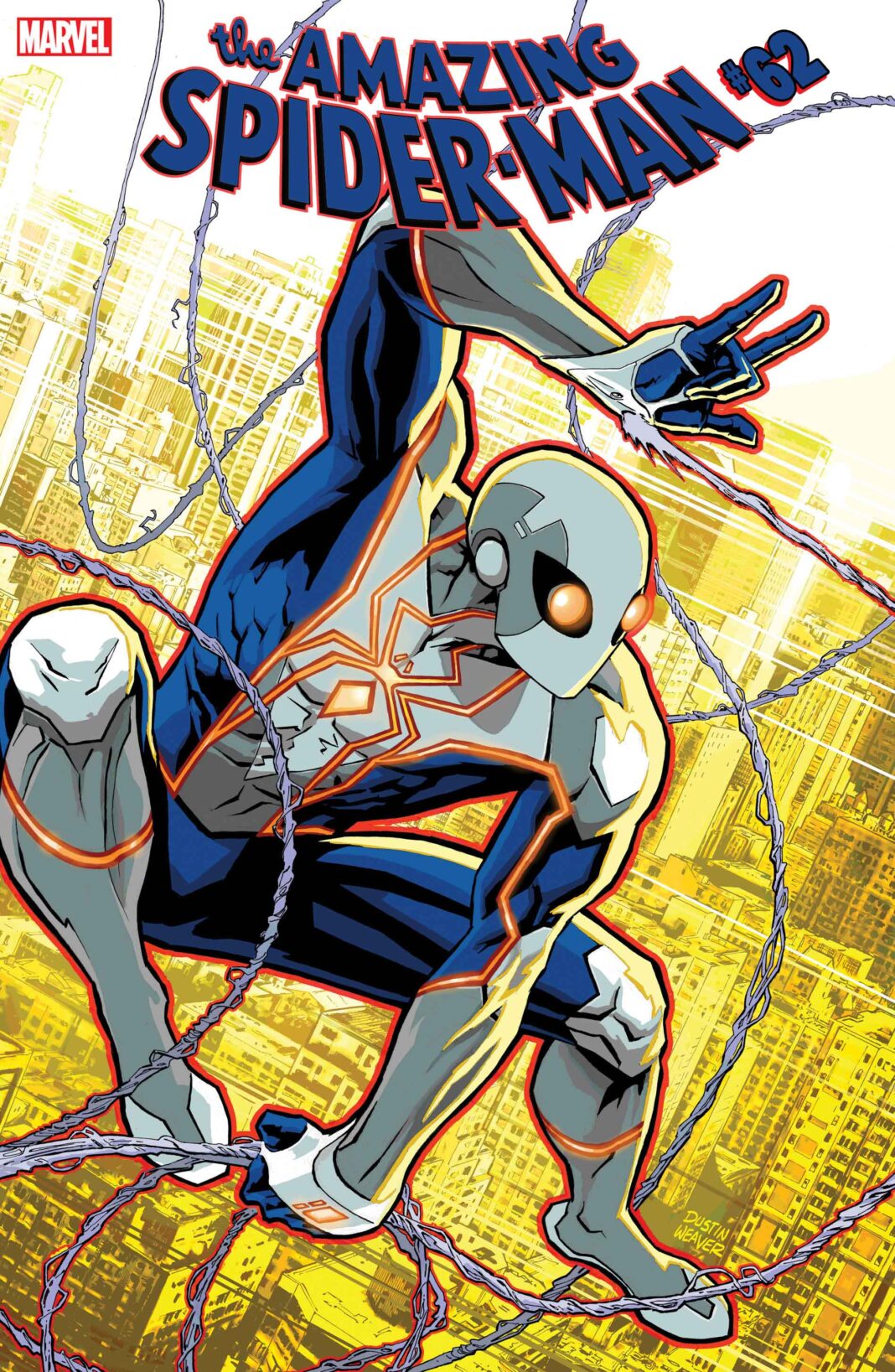 Like everyone else in the world, Spider-Man has had some pretty tough things in 2020, especially after learning the true identity of the mysterious villainous Kindred. Peter Parker will be looking for a fresh start in 2021, and that includes an all-new costume. Marvel gives fans a first look at this new costume, which was designed by X-Force cover artist Dustin Weaver and will debut in the March Pages The Amazing Spider-Man # 62. Check out the new duds below:As you can see, the new costume is quite different from the previous Spider costumes. On the one hand, the traditional red and blue color scheme has been replaced with a mix of blue, white, silver and orange. The eyes are also a major change from the norm, with bright orange lenses contained in a larger black space.

Marvel isn’t revealing much about the origins of this new costume, other than that Peter Parker dons the costume following “Sins Rising” as part of his latest showdown with Kingpin. As with past costume changes like the Tony Stark designed Iron Spider suit and Peter’s Parker Industries armored suit (both of which are among the many alternate costumes included in Insomniac’s Spider-Man game), this costume will add much-needed tech upgrades to Spidey’s usual arsenal.

“This design was really a collaborative effort between Nick Spencer, publisher Nick Lowe and me. They’ve mastered the weirdest, most technical features I bring and have helped create something that I find simple and at the same time futuristic and classic, ”Weaver said in Marvel’s Press Release. “I can’t wait to see Patrick Gleason bring it to life!”

The cover of the Amazing Spider-Man # 63 variant by Dustin Weaver. (Image credit: Marvel)

It remains to be seen if Peter will continue to wear this new costume throughout 2021 or if this is a temporary wardrobe change. Do you think this deserves to be an integral part of Spider-Man’s arsenal? Let us know in the comments. And vote for your favorite alternate spider costume in the poll below: