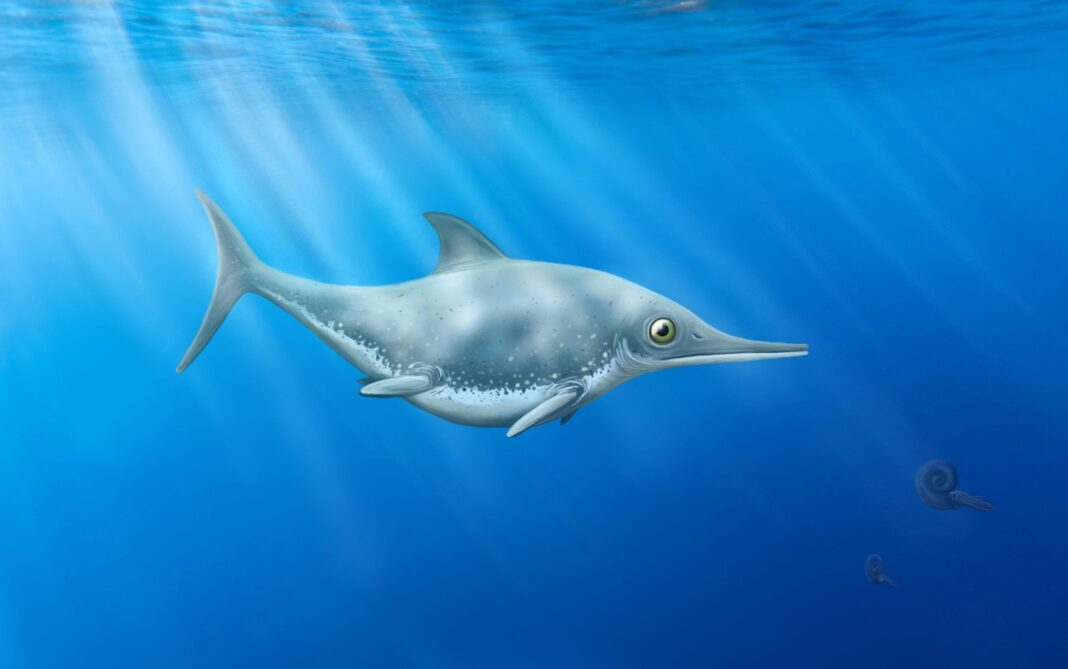 A mysterious new little marine reptile from 150 million years ago, known as the Thalassodraco etchesi or Etches sea dragon, was recently discovered in a deep Upper Jurassic marine deposit along the English Channel coast in Dorset, England. SciTech Daily, this species may have been able to dive to extreme depths and was determined to be part of the group known as ichthyosaurs, which are “rationalized marine predators of the Late Jurassic period”.

“This ichthyosaur has several differences that make it unique enough to be its own genus and species,” paleontologist Megan L. Jacobs said. “Newer Late Jurassic ichthyosaurs in the UK are extremely rare, as these creatures have been studied for 200 years. We knew it was new almost instantly, but it took about a year to make in-depth comparisons with all of the other Late Jurassic ichthyosaurs to make sure our instincts were correct. It was very exciting not being able to find a match.

This specific specimen was discovered in 2009 and was estimated to be around 6 feet long. It was discovered by fossil collector Steve Etches MBE after a “cliff collapsed along the seashore”.

It appears to have some similarities to sperm whales with its “extremely deep rib cage” which may have allowed for larger lungs and space so internal organs were not crushed under pressure. He also had large eyes, which meant he could have seen well in low light conditions.

Its hundreds of tiny teeth seem to indicate a diet that may have consisted of squid and small fish, and “the teeth are unique in being completely smooth.”

“They still had to breathe air on the surface and had no scales,” Jacobs said. “We hardly know anything about the biology of these animals. We can only make assumptions from the fossils we have, but there is no such thing today. Eventually, to adapt to being fully aquatic, they could no longer climb onto dry land to lay eggs, so they evolved to carry live young, tail first. There were skeletons found with babies in the mother and also skeletons that were actually born.