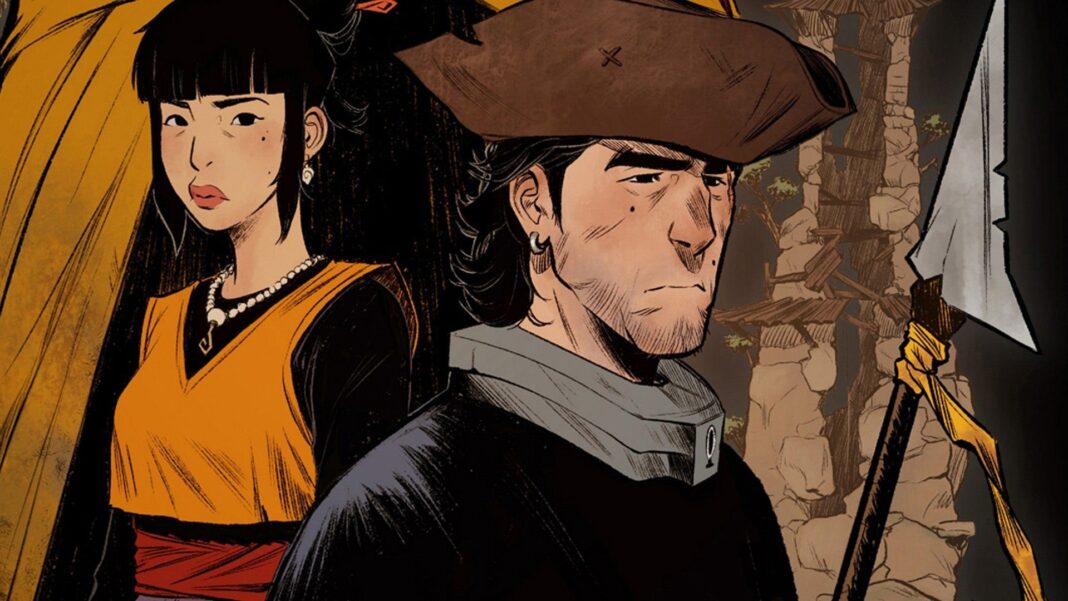 If you have a nostalgic love for old Amiga and MS-DOS sidecrollers, Olija is a game that practically requires your attention. Its striking minimalist art style is complemented by fluidity of movement and realistic animations that will immediately recall games like Flashback, Another World or the original Prince of Persia. But even if you don’t have that frame of reference, Olija comes across as a 2D action game with exceptional combat, a spooky atmosphere, and a small handful of terrific boss fights that go a long way in elevating its otherwise disappointing adventure. above your average retro-themed platformer.

Developed by Kyoto-based Skeleton Crew Studio, Olija is a game with a simple but well-told story: our hero, a penniless lord named Faraday who finds himself stranded in a mysterious land, must save his shipwrecked crew and find a way to come home. The only issues in his path are spooky black slimy creatures, hostile natives, and monstrous beings who have been awakened thanks to Faraday taking possession of a magical harpoon.

This harpoon is what drives Olija’s design, and that’s a big part of why the combat and movement is so fun. Much like Noctis from Final Fantasy 15, Faraday can throw the weapon and teleport to anything she pierces. In combat, the use of this is obvious: It allows Faraday to instantly reduce the distance between himself and an enemy, which means there’s a quick, swift pace for every encounter – but it’s also a super fun tool to use when it comes to exploring the world.

While Olija’s levels are segmented much like a Metroidvania, with the camera only showing what’s in the room you’re currently in, you can still throw your harpoon into an open room off-screen; if he hits something that you can teleport to, you can instantly warp to that invisible place. There are many secrets hidden this way in Olija’s world, and being rewarded for your curiosity when you throw your harpoon into a suspicious space in a wall is always nice.

The advantage of the harpoon

The harpoon isn’t the only thing that sets Olija’s gameplay apart. His combat, while straightforward, feels extremely good on a fundamental level thanks to the impact of your punches and the variety of attacks you have available. Basic attacks can be changed by which direction you are standing – for example, if you want to do a quick combo without much range, you can just mash the attack button without holding a direction, but if you need to ‘a little more reach, you could hold forward as you strike. If you want to do a big AOE smash attack that knocks enemies back, you can hold down, or you can just jump in the air and use your aerial attack to bounce back at enemies, just like Shovel Knight. If you manage to land four hits without taking damage, you are rewarded with a super attack that also changes depending on which direction you are standing, what secondary weapon you are using, and whether you are in the air or in the air. floor. There is a lot going on!

On top of that, there are also a variety of different hats to buy that provide useful perks that can change the way you approach combat. My Favorite increases your movement and attack speed if you hit while dodging damage, allowing you to significantly punish bosses when you expose their weak spot. Others are more situational, but still useful, such as a hat that makes you completely immune to poison damage.

So there are a lot of decisions to be made about how you will fight, which is great. The only problem is that Olija’s enemies rarely push you to the point where you really have to make those kinds of decisions. The AI ​​just doesn’t have an answer for the mobility your harpoon provides, and the limited variety of enemy types never present any sort of threat that really forces you to react to what they’re doing. This means that Olija is pretty easy, and without any difficulty in strengthening him, there isn’t much incentive to really explore the depth of combat once you’ve mastered the basics.

Boss fights, thankfully, go much better than standard enemy encounters, both in terms of challenge and variety. There are some that are the typical big boss battles where you have to dodge high damage attacks to hit flashing weak spots, but my favorite is fighting three hunters who each have their own approach to harassing you. One constantly runs away and heals the other two, another tries to stay in the mid-range to fill the screen with bullets, and the third sticks to you like glue with aggressive dash attacks and combos. fast melee. It’s a really fun fight, and I wish the rest of the levels sprinkled tough enemies like these into regular fights rather than keeping them all locked in one boss battle, never to be seen again.

Finally, Olija is also incredibly short. The campaign took me just under four hours to complete the first time around, and while there are some collectibles to research, most of the areas that contain them will lock at the end so you can’t often not come back looking for the secrets you missed the first time around. through. It’s really four hours well spent, but it certainly left me wanting either more to see or a good reason to replay what I had already seen.