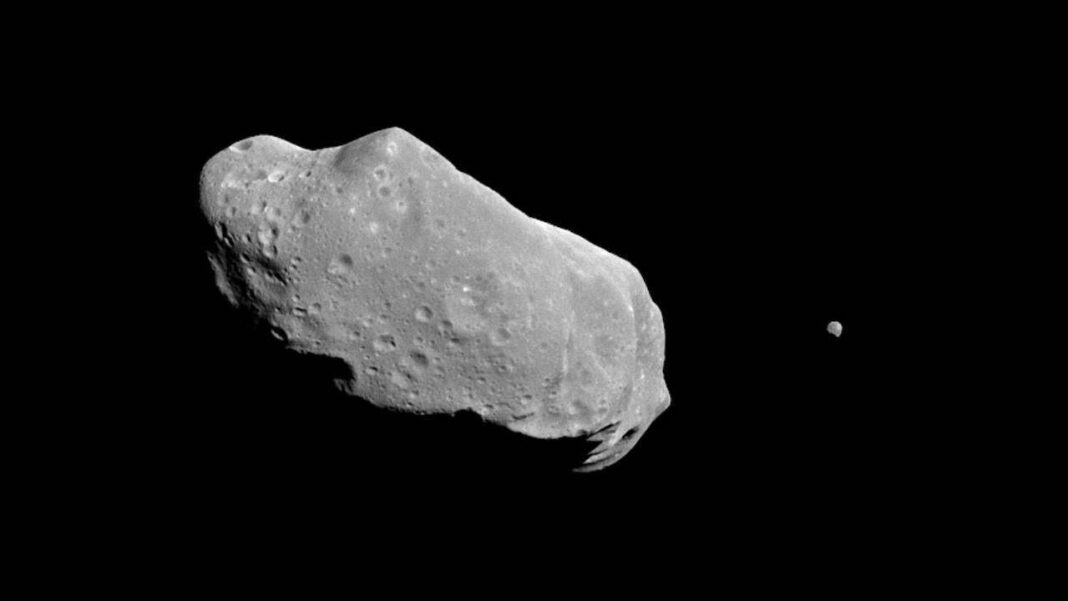 Japanese scientists got their first look inside the Hayabusa2 spacecraft’s sample capsule which contained asteroid dust from a near-Earth asteroid called Ryugu. Space.com, the Hayabusa2 spacecraft launched in 2014 and arrived in Ryugu in 2018. It spent about a year and a half observing and sampling the asteroid before returning to deposit the sample capsule in the Earth’s atmosphere.

It is confirmed that a large number of particles are in “sample chamber A” inside the collected capsule (~ 11:10 JST 12/15). It is believed to be the example of the first touchdown on Ryugu. The photo looks brown, but our team says “black”! The return of samples is a great success! pic.twitter.com/34vIx17zOX

On December 5, the capsule landed in the Woomera Prohibited Zone in Australia and the Japan Aerospace Exploration Agency (JAXA) returned the capsule to Japan.

“We confirmed black specks thought to be from Ryugu were inside,” mission officials written on twitter. “It’s outside the main chambers, and probably particles attached to the entrance to the sample receiver.”

The Hayabusa2 spacecraft was able to obtain these samples by grabbing rocks on the surface of the asteroids and shooting a copper bullet into the asteroid to uncover material underground. These two types of samples “should allow scientists to understand how the harsh environment in space affected the surface of Ryugu.”JAXA has yet to announce when scientists will start analyzing this asteroid dust, but considering that “asteroids are primordial rubble left over from the formation of the solar system, scientists hope that studying these samples from Ryugu will help to understand the beginnings of the solar system. “