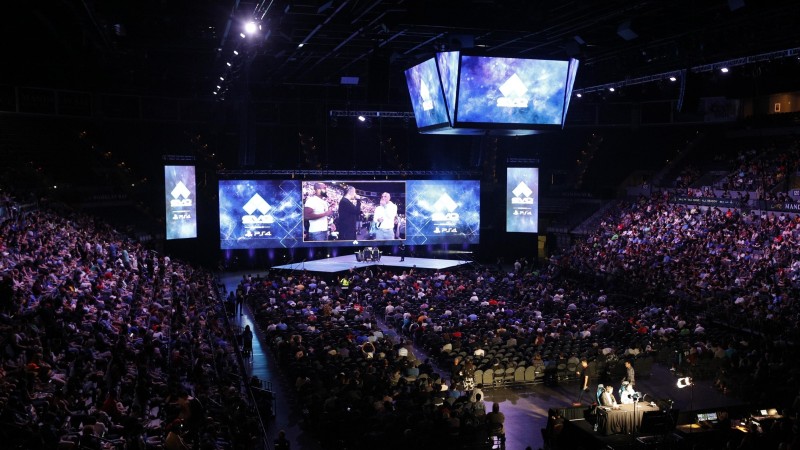 Sony Interactive Entertainment announced that it had acquired, with the upstart company RTS, the Evolution Championship (Evo) series. RTS is a new venture from esports league company Endeavor, and the joint purchase brings the largest annual fighting games tournament under the umbrella of Sony.

So what is changing? The exact plans have yet to be announced, but the statement Sony has given in its blog post states that she aims to use her resources to help elevate Evo’s global status like never before. According to the official Press release, the event will be jointly supervised by SIE and RTS in the future. However, the exact terms of this partnership, such as the amount paid to purchase Evo and the actual distribution of ownership, are not disclosed for contractual reasons.

Evo co-founders Tony and Tom Cannon will remain involved as key advisers in order, as the press release states, “to ensure that Evo remains a one-of-a-kind grassroots competitive platform for fighting game players and fans around the world. world.”

“Tom and I are extremely excited about the partnership with SIE and RTS,” said Tony Cannon. “Both companies bring a wealth of experience and share our passion for what makes the fighting game community so great. We look forward to working with them to take Evo to the next level while staying true to our roots. “

“Fighting games have been an integral part of the legacy of PlayStation and our community from the very beginning, and we have been delighted to partner with Evo over the years,” said Steven Roberts, Vice President, Global Competitive Gaming, SIE in the press release. “This joint acquisition with RTS marks a new chapter in collaboration with Evo co-founders Tom and Tony Cannon, and their passionate community of fighting game fans.”

Evo 2021 is scheduled for August 6-8 and August 13-15 using an online format. The game lineup announced so far is Street Fighter V: Championship Edition, Mortal Kombat 11: Ultimate, Tekken 7, and Guilty Gear Strive with more titles to come. Entry to Evo 2021 will be free. Looks like a good rebound from last year’s Evo canceled not once but twice: first due to the pandemic, the online version was canceled after Joey Cuellar, then CEO of Evo, was confronted allegations sexual misconduct.

So fighting game fans and esports enthusiasts, what do you think of this acquisition? Let us know in the comments.