In a normal year, Steven Hong spends almost half of his time in Europe. The Taiwanese managing partner of financial advisory firm RedMoon visited on average once every six weeks, going from two weeks to a month visiting clients and attending board meetings in countries like the United States. Switzerland, Luxembourg, France, Austria and Spain.

This year everything is different. Since returning from a meeting in Hong Kong in January, Mr. Hong has remained behind – Taiwan’s successful efforts limiting the spread of the coronavirus has made its home country one of the safest places in the world.

“I haven’t been in one place for that long for many years, but it’s actually quite comfortable,” Hong said.

With 797 cases and just seven deaths, Taiwan has avoided lockdowns and life has remained largely normal. Mr. Hong is not alone in his choice: hundreds of thousands of other Taiwanese have chosen to return home or at least stay as long as the pandemic rages elsewhere.

For the Taiwanese economy, this influx of citizens who usually live abroad is create a boom. In the third quarter, private consumption by residents in the country jumped 5.2% from the same period in 2019, the fastest increase in nearly a decade


The net influx of Taiwanese into the country this year, nearly four times the number in 2019

“The citizens could not travel abroad and the consuming population of the country increased”, is the dry diagnosis of the statistical agency of the cabinet.

Demand from affluent residents who would otherwise be abroad has spurred demand for high-end consumer goods and services. Silks Place Taroko, a five-star hotel in a Marble Gorge in eastern Taiwan, where double rooms start at NT $ 11,000 ($ 391) a night, is full until February 16.

Hoshinoya Guguan, a newly opened luxury Japanese spa resort where prices start from $ 300 per night, has no rooms available until July.

Chen Mei-ling, who runs a Bed & Breakfast in a scenic tea-growing region in the mountains of central Taiwan, says his occupancy rates are now higher than before Taiwan’s shutdown its borders to foreign non-residents this year. Ms. Chen has already raised prices twice.

Restaurants also benefit. “Our company has been the best for several years,” said the chef of one of Taipei’s leading European restaurants.

Mr. Hong is a good example. He says he dines everyday and enjoys the wide range of cuisines Taiwan has to offer. He also regularly attends concerts and uses his extended stay for things he rarely finds time for in his normal life of constant travel.

“I have been fortunate to visit places in Taiwan that I have never been to before,” he said. “And I also meet old friends a lot more often.”

While it is difficult to confirm exactly how many Taiwanese have returned at least temporarily, government statistics provide a clue. According to the National Immigration Agency, 251,640 more Taiwanese have entered the country this year than left – a net influx almost four times greater than last year.

Many foreigners working or studying in Taiwan have also stayed longer than expected, especially since the summer, delaying their return to countries where the second and third waves of the pandemic are in full swing.

The government is keen to capitalize on Taiwan’s new appreciation as a safe haven. “Our strong performance in public health is a unique chance to turn the tide and convince more Taiwanese to come back and foreign friends to move here,” said a senior official in the presidential office.

He added that the global will to separate supply chains from China and Beijing’s increasingly belligerent attitude towards Taiwan has prompted Taiwanese nationals to return home.

In addition, the government has stepped up efforts to attract foreign talent during the pandemic under its Gold Card work visa launched two years ago.

Bulgarian pianist Ivan Yanakov is one of those who took the opportunity to settle in Taiwan two months ago.

“Hong Kong was my home base when I was in Asia, where I was teaching masterclasses in China, South Korea or Japan, but I started thinking about moving to Taiwan last year when I saw this that China was doing in Hong Kong, ”he said, referring. to the repression of the territory special status and freedoms. 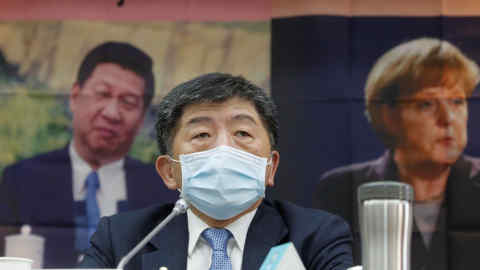 “Then when the pandemic hit this year, I thought, that’s it, I’m moving.

Critics say Taipei will have to do more to remain attractive after the pandemic ends.

“Taiwan doesn’t have what the best, brightest, and wealthiest are used to living in Hong Kong, New York or Shanghai,” said a Taiwan-born tech executive who normally divides his time between Hong Kong and the United States.

He believes service standards in Taiwan are lower and predicts that the country’s highest tax rate of 40% will discourage most executives in the financial industry from turning back.

However, some of those who are currently taking refuge in Taiwan are considering staying. “A lot of Taiwanese returning from the United States and China think I should go back and be based here and run my business from here,” Hong said.

“The only thing is that my inventory of wines and cigars is low.”