The climate crisis: preparing for what is already here | Climate news

Wholesale derision hailed a spectacularly ignored statement by Republican Senator Ted Cruz last week, after President Joe Biden pledged to sign the Paris Agreement. Cruz said Biden was “more interested in the opinions of the citizens of Paris than in the jobs of the citizens of Pittsburgh.”

Cruz’s comment was met with abject critical on Twitter where users pointed out the obvious: the Paris Agreement is a multinational effort and not, of course, focused only on Parisians.

The problem is that Cruz is not alone. Republican MP Lauren Boebart was just one echoed her words, saying that she doesn’t work for Parisians.

Which, if you think about the set of climate policies Biden needs to get through Congress, makes you realize the challenge that remains to be resolved in convincing lawmakers who doubt the reality or act as such for the good of the people. voters who voted them.

You could say that even those who advocate positive change have been equally obstructive in implementing it. If we look at the billions pledged by rich countries during the 2015 negotiations in Paris, intended to help poorer countries adapt to climate change, contributions have been woefully short.

A total of $ 100 billion per year has been pledged, but the amount of funding stands at around $ 20 billion to $ 30 billion, according to Vanessa Perez-Cirera, deputy director of climate for the World Wildlife Fund (WWF) – no more 30% of what has been committed. And according to the United Nations Environment Program Adaptation gap report$ 500 billion a year is the amount we should be aiming for anyway.

Yet with the headwind of a new US presidency, optimism by engagement intensified again at the virtual climate adaptation summit held in the Netherlands this week.

Veteran negotiator John Kerry, named Biden’s climate envoy, is back in the fray, stressing that a drastic reduction in emissions must go hand in hand with an adaptation to manage the effects of extreme weather conditions.

“There is no adaptation to a 3C or 4C world, except for the richest and the most privileged,” he warned.

“Some of the impacts are inevitable, but if we do not act boldly and immediately by building resilience, we will see dramatic reversals in economic development for all, and the poorest and most vulnerable communities will pay the price. higher.” 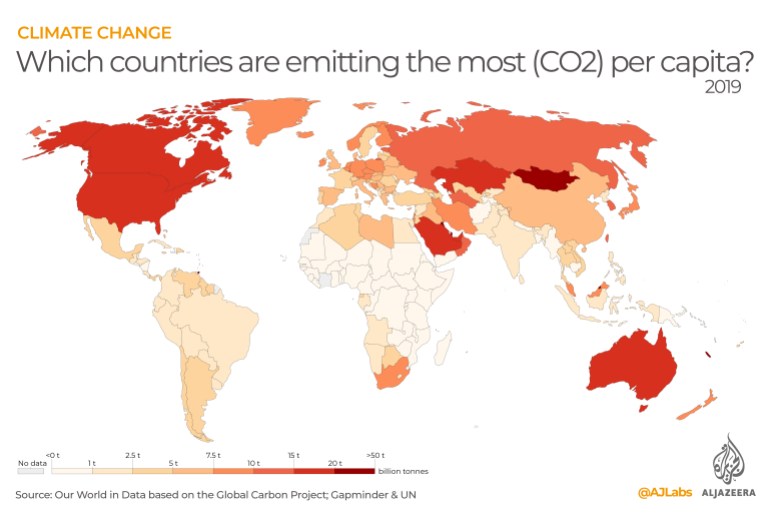 When I spoke to Perez-Cirera from WWF, she said adaptation was a moral imperative for climate justice and inaction would have dire consequences.

“If we don’t adapt, there will be a huge impact in terms of social unrest,” she told me. “We are talking about massive migrations from south to north, with water and food conflicts between nations. And conflicts. Conflicts between countries and within countries. “

She said that with desperate economies struggling to come out of recession, everyone is competing for public finances. “But there is hope,” Perez-Cirera added. “We can bring a synergistic approach to investments that will help the world adapt to climate change while mitigating its effects.”

This means funding nature-based solutions to rebuild better and investing in forests, coral reefs and mangroves to help people adapt to the worst effects of climate change while reducing emissions.

1. Cicada buzz: Billions of cicadas emerge underground this spring as part of their 17-year life cycle. Ready to cover several states and cities in the United States, people can expect swarms of insects and the deafening noise of their mating calls.

2. Brazil’s budget cuts: In another blow to environmental efforts, the government of Brazilian President Jair Bolsonaro has offers the smallest environmental protection budget for at least 13 years by 2021.

3. Clean cars: With the prices coming down and Joe Biden pushing For a transition to electric vehicles, many advocates are hoping that the clean car boom is finally underway.

4. Watch from space: Scientists are now using satellite imagery to count space elephants; They hope the technology, which also uses machine learning to identify and count elephants, will help them better monitor populations and prevent poaching.

I can hear the change hum / In his loudest, proudest song. / I’m not afraid of the coming change, / And so I sing at the same time.