Twitch bans use of ‘Simp’, ‘Incel’ and ‘Virgin’ in new crackdown on harassment 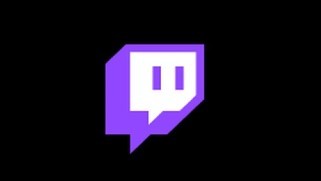 Last week, Twitch announced changes to its hateful conduct and harassment policy, including banning the use of terms such as “simp,” “incel,” and “virgin” when used in derogatory terms.

The new policy will begin on January 22 and is in effect an update to Twitch’s Evolving Hate Behavior Guidelines. To that end, Twitch says it will “review the content of any statements or actions to determine whether any behavior is abusive and violates our guidelines, rather than relying solely on perceived intent,” suggesting that the company hopes to put an end to bad actors who feign ignorance of unclear guidelines.

The use of terms like ‘simp’, ‘incel’ and ‘virgin’ as an insult – to denote the sexual activity of another person negatively – is not allowed under this new policy, ”said Twitch COO Sara Clemens at a town hall on Twitch. current. “In addition to the policy change, we are also proactively declining emoticons that include the term ‘simp’. And we remove them when they are reported, and we will continue to do so once the policy is changed. “

Twitch also updated his hateful conduct and harassment policy page with a new section on sexual harassment. Twitch notes that sexual harassment can take a multitude of forms, including “unwanted sexual advances and solicitations, sexual objectification or degrading attacks related to a person’s perceived sexual practices, regardless of gender.”

Twitch’s policy also includes more specific acts of sexual harassment, including sending private messages to a user with unwanted compliments on their appearance, stating that a person is sexually immoral because of their clothing or appearance. physical appearance, and the aforementioned use of the word “virgin” as well as “damn.”

Other notable inclusions are:

Twitch’s policy is that it will review a streamer’s actions when considering disciplinary action against another user. This essentially means that if a streamer has previously banned you from their channel, given you a timeout, or already reported your behavior, it will be added to the case against you if Twitch moderators are involved.

The word “simp” has become a derogatory term for a man who is too desperate for the affection of another person, especially a woman. It follows in the footsteps of terms like “white knight,” which describes a man who shows an eagerness to defend a woman’s reputation. Ironically, “simp” has become somewhat interchangeable, with some people using it as a way to poke fun at any form of professional or personal admiration.

“Incel” (or “involuntary celibacy”) had a similar but not identical trajectory to an insult. The incel movement began as an online subculture of men who expressed frustration at not being able to find sexual or romantic partners, which developed a tendency towards resentment and misogyny directed at sexually liberated individuals. Just like “simp”, it has also become a sort of catch-all insult for people perceived to be sexually absent.

Joseph Knoop is a writer / producer for IGN.