British Health Secretary Matt Hancock warned the public faced strict restrictions for months as governments in Austria, the Netherlands, Belgium and Italy banned flights from the UK in an attempt to stop the spread of a new strain of Covid-19 discovered in Britain.

Mr Hancock, speaking hours after tough new measures were imposed – particularly in and around London – warned there could be tough months until the elderly and vulnerable are vaccinated .

Prime Minister Boris Johnson on Saturday discarded previous plans allow five-day Christmas “bubbles” between multiple households in favor of a one-day exemption. As part of a new Level 4, covering 16.4 million people in the south-east of England, households are now banned from mixing and non-essential shops and leisure facilities have been closed.

Mr Hancock said the government had no choice after data showed the much faster spread of Covid-19 was due to the new, more virulent strain, dubbed B.1.1.7.

“It’s a huge challenge, until we can launch the vaccine to protect people. This is what we will be facing over the next couple of months, ”he told Sky News, urging all Level 4 members to act like they have the virus.

“Cases in level 4 areas have exploded in recent days – in the last two weeks or so. We have a long way to go to resolve this issue. “

The Dutch government has announced that from 6 a.m. on Sunday all flights from the UK were banned from entering the Netherlands until at least January 1.

He said he acted after a recommendation from his institute of public health and was now awaiting an “explanation of the epidemiological situation in the UK” from London.

The Belgian government said on Sunday that its own ban on flights and rail links to and from the UK would begin at midnight.

Italy’s Foreign Minister Luigi Di Maio said on Sunday that the country was on the verge of signing a provision to suspend flights with the UK. “Our priority is to protect Italy and our compatriots,” said Di Maio.

Austria has said it will also stop flights from the UK, while the Czech Republic is imposing stricter quarantine measures for people arriving from Britain.

the new variant of Covid has been identified in Denmark, the Netherlands and Australia, according to Maria Van Kerkhove, Covid-19 technical manager at the World Health Organization. But she told the BBC The Andrew Marr Show that she was from the south-east of England.

Keir Starmer, leader of the opposition Labor Party, warned people to expect the new restrictions to last a long time. “It is a false promise to claim that these restrictions are going to be lifted or changed in two weeks because I don’t think they are,” he told a press conference.

Mr Johnson said on Saturday that the new strain of Covid-19 could be up to 70% more transmissible than the previous variant.

Its overnight imposition of new curbs caused some Londoners to rush out of the capital and crowds to stations such as Paddington and Euston. Mr Hancock criticized what he called “totally irresponsible behavior” by those who chose to leave the South East before he entered Level 4. 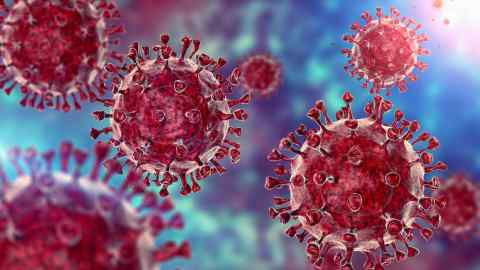 The announcements have sparked anger from corporate groups, with retailers in particular sounding the alarm bells after hoping to save their worst year in living memory in the pre-Christmas rush.

Ministers have promised no additional compensation for companies forced to shut down again.

But Sir Keir urged the government to reconsider support for businesses facing the toughest restrictions. “Universal support is not enough for these companies, and the government is going to have to revisit the plan. He must help the companies to pass.

Meanwhile, some Tory MPs have called for a recall of parliament to debate and vote on the new measures, including Mark Harper, former whip and head of the Covid Recovery Group of backbenchers. “These changes need to be put to a vote in the House of Commons as soon as possible, even if it means a recall from the House,” he said.

John Redwood, a former cabinet minister, said: “Let’s recall Parliament. The government should consider other ways to tackle the virus, protect the NHS and save more businesses and livelihoods. “

But Mr Hancock said if there would be a vote on the plans, it wouldn’t take place until January.

While Mr Johnson’s new restrictions apply only to England, they were echoed elsewhere in the UK, with Wales entering Rank 4 on Saturday night and Scotland announcing a travel ban from others regions of the country.