Why can this major Marvel villain be behind WandaVision 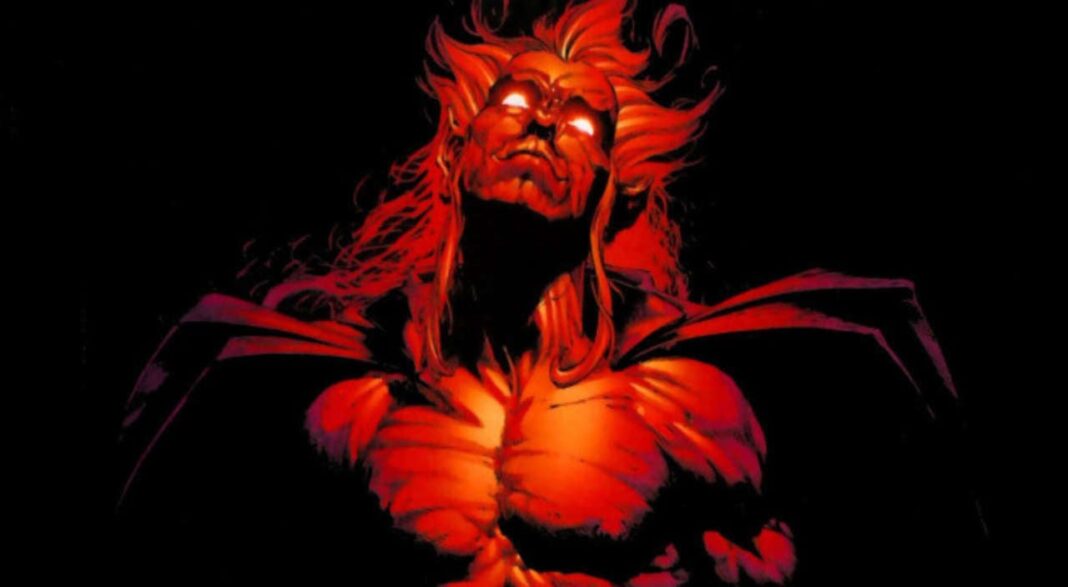 We have a thousand questions regarding the plot of WandaVision and how it fits into the larger picture of the MCU, and some of those questions were answered in Episode 4. Now we have a better idea of ​​the truth behind the story. Wanda’s sitcom-flavored fantasy bubble and why characters like Darcy Lewis, Jimmy Woo, and Monica Rambeau got dragged into this messy situation. One thing we still don’t know, however, is which character is really responsible for the events of Westview. Is it all Wanda’s doing, or is there a villain secretly guiding her hand from behind the scenes? Many fans have speculated that Mephisto could be the real villain of WandaVision, especially given this villain’s history with Wanda in the comics. Let’s take a closer look at the evidence suggesting that Mephisto could make his MCU debut in WandaVision, and how that debut ties into the spinoff of Avengers: Endgame.

The MCU: Life After ‘The Blip’

Marvel Studios has a long tradition of treating specific events in the Avengers movies as defining moments that influence many of the MCU projects that follow. The Battle of New York City in the first Avengers movie laid the groundwork for everything from Iron Man 3 to Agents of SHIELD to Daredevil, and you can’t get to Captain America: Civil War without first doing Avengers: Age of Ultron. With the release of the first Spider-Man: Far From Home and Now WandaVision, it becomes clear that Phase 4 of the MCU will focus a lot on how our heroes deal with the fallout from “The Blip”.

It makes sense that the events of Infinity War and Endgame have such a deep and lasting impact on humanity. Half the world’s population has spent five years mourning the death of the other half, only for those billions of lost souls to suddenly reappear. It is not an easily forgotten event for both groups. We see Monica dealing with this trauma in Episode 4, mourning the death of her mother and trying to get back to an agency that has evolved without her. It’s a struggle that is not unlike what Peter Parker experienced in Far From Home, although for Monica it hits deeper and more painfully.

Going forward, we can probably expect most of the Phase 4 MCU projects to build on the aftermath of Endgame in some way or another. In some cases the connection is immediately obvious, such as with The Falcon and the Winter Soldier revolving around the need for a new Captain America, or Recently announced Armor Wars dealing with the sudden spread of the late Tony Stark’s Iron Man technology. But other cases may involve more character-driven stories about the Blip spinoff. In the case of Eternals, we could see this group of immortals come out of hiding specifically in response to Thanos’ crimes and their guilt that one of their race wiped out half of the universe. There is no doubt that undoing Thanos’ breakup has many profound consequences that have yet to be revealed. Which brings us to …

How Mephisto and Agnes bond with WandaVision

There is no clear evidence yet that Mephisto will appear in WandaVision, although the internet is certainly full of rumors and speculation on this front. It’s worth remembering that Mephisto and Wanda have an important bond in the comics. When Wanda used her magic to create twin sons, she learned that they were in fact formed from Mephisto’s own essence. This discovery and the subsequent loss of her children left a deep psychological scar on the Scarlet Witch for years to come. With WandaVision just introduced young Billy and Tommy to the MCU, it’s not hard to assume that Mephisto is somehow involved in this version of events.

Consider this – how would someone like Mephisto react to the events of Endgame? As a demon lord who prides himself on his collection of souls, the Blip was possibly the greatest day in Mephisto’s immortal life. Winning some of those countless souls slain by Thanos, then instantly losing them five years later, really has to stay in his crawl. How far would he go to recover this stolen prize?

Mephisto is a demon who attacks the souls of the innocent, either by stealing them outright or by simply corrupting them.

Assuming an unseen villain pulls the strings of Wanda in this series, Mephisto makes about as much sense as anyone. Manipulating the most powerful spellcaster on the planet could be part of the demon lord’s larger plan. Mephisto saw how easily reality can be rewritten with the snap of a finger, and Wanda may be the tool he needs to rewrite the MCU all over again. Westview could be an early test for anything Mephisto has planned. Heck, Wanda may have even made a devil’s deal, sacrificing the souls of the townspeople in exchange for the bodies she needs to populate her illusion. Saving these innocent people may not be as easy as removing them from Westview.

If Mephisto is involved in the events of WandaVision, it will likely turn out that he was hiding in plain sight. Did he take the form of Agnes from Kathryn Hahn or SWORD director Tyler Hayward? Is he somehow related to the missing witness protection person Jimmy Woo mentioned? Or will this evil soul thief reveal himself in another way?

If Mephisto does indeed prove to be the secret villain behind the curtain in WandaVision, it is doubtful that this series will mark the end of its story. Mephisto is far too important and powerful a character to be defeated in a nine-episode sitcom. As we’ve seen recently in the comics, Mephisto orchestrated dark events in the Marvel Universe for literally billions of years. And given how often the comics tend to hint at upcoming developments in the MCU lately, that alone may be a reason to assume that Mephisto will be heading into live action soon.

We know WandaVision will directly set the stage for Doctor Strange in the Multiverse of Madness, With Wanda playing a key role in the film herself. Presumably, the events of WandaVision will show how dangerous Wanda’s powers are without actual training in the supernatural arts, forcing Strange to begin training her. Or, depending on how dark WandaVision is at the end, she might even be a major villain in this movie.Assuming Mephisto is behind the mystery of the series, if Wanda makes the switch to Doctor Strange 2, we have to think that Mephisto will too. He is understandably an antagonist of the Sorcerer Supreme. If WandaVision is hinting at a larger plan for Mephisto, Multiverse of Madness may be where that plan really takes shape. Will Mephisto seek other universes with souls to take? Will he try to find a reality where the Blip has never been canceled? Mephisto and Strange may well become the demon and warring angel on Wanda’s shoulders, each trying to push this powerful, volatile witch in a different direction.

There is also Doctor Strange-centric Spider-Man 3 question to consider. We have already speculated this sequel could be inspired by the infamous One More Day scenario, where Peter Parker and Mary Jane Watson traded their marriage to Mephisto in exchange for Aunt May’s life, and where Peter’s secret identity was restored. Back then, we assumed that any One More Day-inspired storyline in the upcoming Spider-Man movie would take Mephisto out of the equation, but now we’re not so sure. Is WandaVision introducing Mephisto now so Doctor Strange in the Multiverse of Madness and Spider-Man 3 can use the villain later? How deep could this supernatural rabbit hole go in Phase 4? We can only wait and see.

Where do you think Mephisto is most likely to appear in the MCU? Vote in our poll and let us know your thoughts in the comments below!