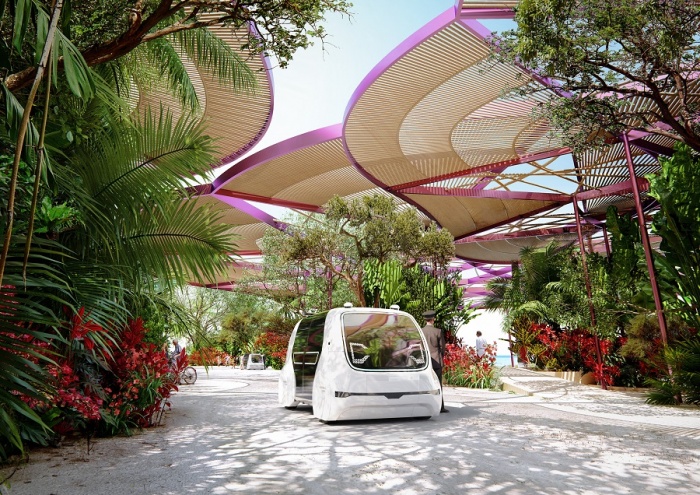 The Red Sea Development Company (TRSDC) has won two awards at the 2020 edition of the Big Project Middle East Awards.

The event was held on at the Ritz Carlton JBR in Dubai.

Following an extensive judging process that included more than 140 nominations, TRSDC was named the Developer of the Year in recognition of the significant progress made at the new destination and the exceptional work undertaken to set new standards, particularly in sustainability and environmental regeneration in and around the area of its flagship project.

“We are honoured to be named the Developer of the Year in this year’s edition of Big Projects Middle East Awards.

“This is a prestigious accolade which has previously crowned many landmark organisations and projects around the region,” said John Pagano, chief executive of TRSDC.

“We are also happy to see a greater focus being placed on rewarding sustainable and responsible development, which is a growing trend around the world, particularly in the wake of the Covid-19 pandemic.

“At TRSDC we firmly believe that development does not need to be at the expense of nature and the natural habitat,” he added.

TRSDC was also awarded the Excellence in Health and Employee Safety award for their Covid-19 health and safety plan, celebrating their efforts to maintain the health and safety of their workforce during the pandemic, whether onsite or at their headquarters.

Dubox by Amana, a subsidiary of Amana Investments, won the Sustainability Project of The Year for its sustainability efforts on the coastal village development at the Red Sea Project.

Riad Bseibes, chief executive of Amana Investments, said: “We are delighted to win this significant award for our work on the Red Sea Project, which demonstrates our commitment from the outset to progress this project in a sustainable fashion with like-minded stakeholders in order to protect this pristine destination and its unique habitats.”

The village is currently under development with Amana Investments involved in both the residential housing and the three-star management hotel, which is set to open by the end of quarter two of the year.

The village will provide accommodation, office space, and supporting civil amenities to around 14,000 employees who will eventually operate the destination.