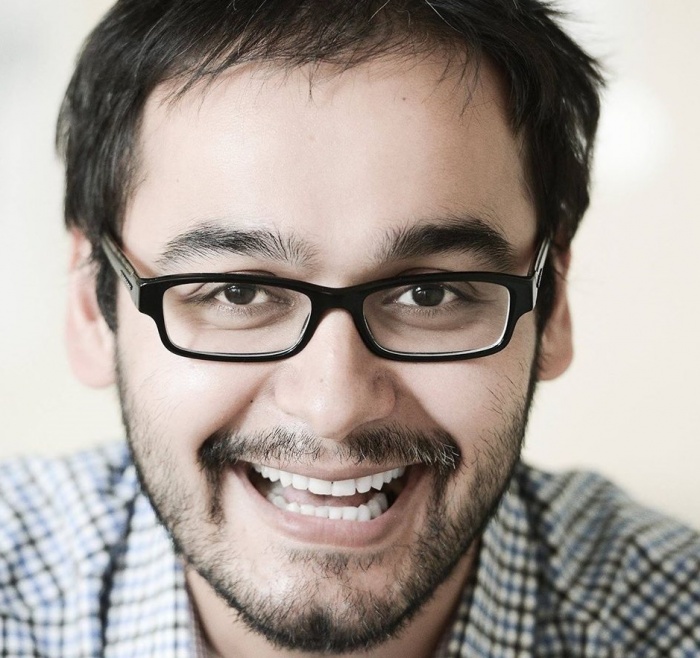 Founded by entrepreneur Bayram Annakov nearly a decade ago, App in the Air has set itself the challenge of replacing every other travel application on your phone.

The technology company, aimed squarely at frequent flyers and the airlines that serve them, hopes to become the digital personal assistant for travellers who spend more time in airports than they would care to admit.

App in the Air offers essential functions, from real-time flight updates to an AR luggage measurement tool, and has continued to build its offering over the past few years.

Its audience has grown from a small network of dedicated fliers to over five million active users with around 20 million itineraries tracked annually.

As Annakov tells Breaking Travel News editor Chris O’Toole: “Our ultimate vision is to build a personal travel assistant for a frequent flier.

“Even last year, I flew around 30 times, down from 100 due to the pandemic but still a lot, and I realised two things – firstly, travellers do not want to have multiple apps.

“Airlines, hotels, flight tracking etc. – this can all be done in one single app.

“App in the Air is executing on that vision, seeking to provide a single-entry point to all things travel.

“Secondly, to date, airline and hotel app developers have struggled to meet all the needs of frequent fliers as they are unable to reach a sufficient audience.

“For instance, they are unwilling to track multiple loyalty programmes within one app, not least due to resistance from in-house marketing teams.

“But they also question, ‘why should I?’ – this takes time, money and many users will not use it.

“As you dive deeper into the needs of a frequent flier, you begin to realise there are many issues which cannot be addressed as the larger apps are made for a general audience.” 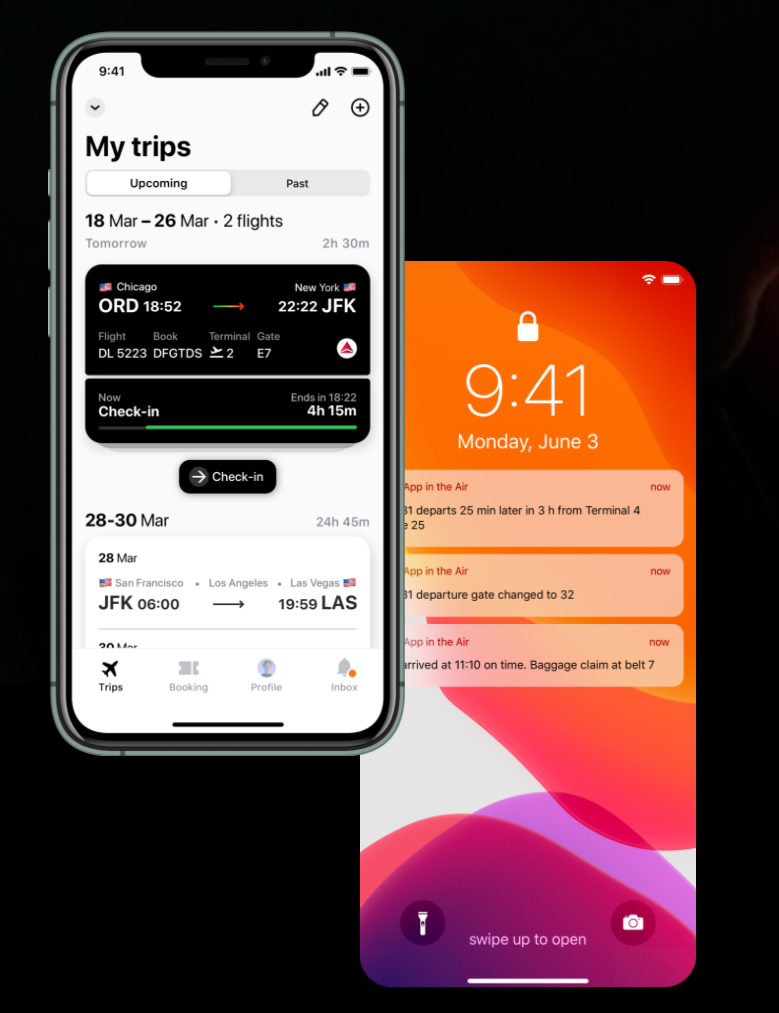 Of course, some of this is very much deliberate – airlines, hotels and car rental companies design apps to exist in a silo, keeping customers locked into a single provider and financially benefitting accordingly.

The challenge, Annakov explains, is to convince providers of the benefits of sharing their data with App in the Air.

He continues: “For some airlines sharing that data is a challenge, but others are open to collaboration.

“We launched as a post-booking app, assuming you would book your travel somewhere and then import that information to App in the Air.

“As we have expanded into the booking stage of the journey, airlines are starting to realise we are actually a very good partner – meaning data can be shared to the benefit of the airline.

“Airlines are able to fulfil the needs of travels they had previously been unable to – this may have been due to time, priorities or cost issues.

“Airlines are now realising that if they share data with us, and we are able to offer an experience to the customer in the app, then that will, eventually, drive bookings.

“There are challenges, but as we deliver more value, airlines are opening up to what we offer.”

The changing technological landscape is also providing opportunities for developers of all kinds, especially as the airline industry continues to roll out the New Distribution Capability (NDC) standard.

“Our eventual strategy is to offer direct connections to the airlines – helping them to reduce their dependence on the global distribution systems (GDS),” says Annakov.

“NDC, or a direct application programming interface, is our focus.

“This will help to cut distribution costs and boost auxiliary revenue at airlines, while also offering more insight into demand from passengers.

“All requests come direct to the carrier, rather than through the GDS, which may require them to pay millions of dollars for access to that insight.

“However, not all airlines are yet NDC capable – British Airways recently achieved its ambition of securing 20 per cent of its bookings though NDC, and they are very advanced in this area.

“This means we will have to collaborate with the GDS systems in the short-term – smaller airlines may not have the resources to rollout NDC in the near future.”

He adds: “As we learn more about the frequent flier, through NDC and other channels, we are able to help airlines execute on a vision of personalised offerings to each customer.

“Personalisation makes a lot of sense when you travel a lot – App in the Air can learn enough information about a passenger to actually tailor services.

“For example, I am flying American Airlines, but I usually prefer a SkyTeam carrier – App in the Air would realise I may not have access to my usual level of service and offer me a chance to upgrade.

“We can help airlines drive their offering to our users.”

While – as the name suggests – App in the Air has been focused on the airline sector since launch in 2012, Annakov harbours ambitions of one day conquering all aspects of the hospitality space.

As he looks to the future of air travel, he is driven to leverage data to create an AI-led travel revolution, to advocate for the underserved flier and make the process efficient and enjoyable.

He continues: “In the long term we aim to use the same strategy with the hotel chains, building direct connections – we believe this integration is what hotels are interested in.

“App in the Air has some early success in this area but, again, with others it is a challenge.

“Eventually we hope to fulfil all the needs of the frequent flier.

“As we expand in Europe, for example, we have been working with partners to grow access to train travel – which is so much more popular there than in the United States.

“Around a third of our userbase is in the European Union and UK – and they are very conscience of their impact on the environment, so this area is going to be expanding in the future.”

The launch of the European Union’s General Data Protection Regulation (GDPR) refocused minds on data security when implementation began in 2018 – and the topic remains top of mind for Annakov and his team.

“In 2020 we adopted a third-party audited privacy policy in order to make sure it is in line with the new GDPR laws from the European Union,” he says.

“We also completed a Google privacy audit, which allows us extract itinerary information from emails – a special level of permission you achieve if you are approved by the relevant parties.

“But we have now started an initiative to move beyond the guidelines of GDPR and to proactively deliver more than is required.

“We have been inspired by Apple in this area – they are very open, and different to a lot of the secretive, impenetrable texts offered by some websites.

“The next step for us is to do more on privacy – to educate, to become clearer and more transparent and even to suggest steps our users could take to protect their data.

A man of boundless enthusiasm and a believer in the power of technology to alter and improve our lives, Annakov has not been dissuaded from the power of App in the Air by the Covid-19 pandemic.

That is not to say he thinks travel will not change, just that there will be as many opportunities as there are challenges.

He adds: “Travel will change – the share of business travel will decline, although not the absolute numbers.

“I can see from personal experience, that there will be a certain number of meetings that I do not want to miss.

“Of course, a number of meetings can be done over video conferencing software, but not all – I recently met with the chief operating officer of one of our customers and flew to Florida for this to take place face-to-face.

“But, of course, when it comes to collaboration between our teams in Russia and the United States, a lot of that can take place over Zoom.

“What is more interesting, is how leisure travel will change – there will be an increase in flexibility in where we work.

“This will positively impact our frequency of travel.

“Previously, I had to go to the office five times a week, and even if I had resources to travel, I could not, as I had to be in one place.

“Now, this has changed – I no longer have to be in the office physically.

“People will be able to travel more, working from the coast, the mountains – and for those with the resources, these new modes of travel are set to grow.”

He concludes: “The vaccine obviously offers a lot of hope for the coming year.

“But we must remember, only 20 per cent of the population of the world has travelled by air – the rest are non-customers.

“Yet, there is still no better mode of long-haul transportation to get around the world, so the size of the market will continue to grow.

“There are a lot of transactional costs – in terms of time and cost – between the different actors on a journey.

“We are seeking to remove these.

“When I travel, I interact with the transportation companies, the airline, the hotel and various others – these are different stakeholders with different processes, and where the two meet is where problems arise.

“We are seeking to make these transitions between the different stages of travel as seamless as possible.”

Founded by entrepreneur Bayram Annakov and his team in 2012, App in the Air is a technology company for frequent flyers and the airlines and airports that serve them.