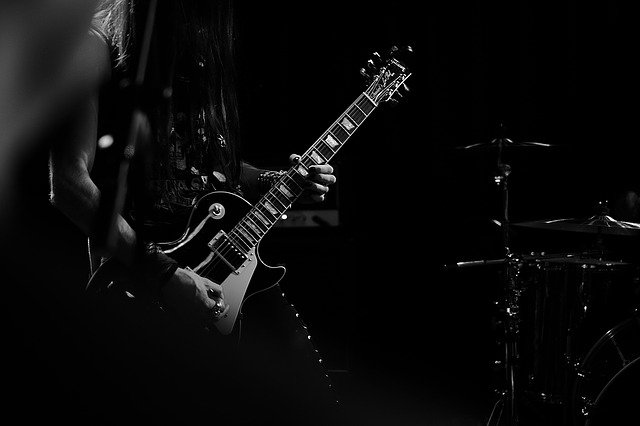 A country music star may sing about life and passion, but for some people, that’s enough to change the course of their life in other ways. It can also alter a person’s perspective on what they achieve and how they achieve it. That’s what happened to one corporate CEO who may not be as recognized for his music as his work.

USANA Health Sciences CEO, Kevin Guest, who is also an author and musician, was invited by country music superstar Collin Raye to perform with his band. The opportunity came after Raye was invited to perform at USANA’s annual convention. The real benefit comes from the influence and insights they shared.

Collin Raye invited Guest, a busy, well-recognized CEO, to come on tour with his band, encouraging him to play part-time with the band on the road. As quoted in a recent press release, Guest stated, “I was astonished, thrilled, and terrified all at once.” He goes on to talk about his interest in music and that he had a passion for music from an early age.

Guest works to help support the global health and nutritional supplement company as the Chief Executive Officer at USANA. He also serves as a member of the CEO Council for the World Federation of Direct Selling Associations and is a Direct Selling Association board member. While he is busy in each of these areas, he still makes time for what many would not expect – music.

A Love for Music from a Young Age

Though Guest is a full-time chairman and the CEO of the company, he was able to open up about some aspects he’s learned over the years that could help today’s workers who are dealing with the COVID-19 pandemic. He says that it all comes down to three things: passion, hard work, and actually performing.

He tells the story about how, as a child, he dreamed about becoming a rock star and performing in front of a group of fans. He states, “Creating, composing, and performing music was my passion.” Guest released a book entitled, All the Right Reasons: 12 Timeliness Principles for Living a Life in Harmony, where he talks more about his interest in music and the course of his life.

In the book, he writes that his parents were supportive and loved music so much so that his father purchased a piano before the family owned a car. Instead, he got to and from work on a bike. So strong was this concept to Guest that he calls it “The Piano Principle.” In short, when you really want something, you have to do what it takes to make that happen.

After receiving the invitation to come up on stage with Raye, Guest went to work practicing so he could do well. He noted that he would then learn to play Collin Raye’s songs after working a full day at USANA. He states, “I really wanted to make this happen, so I worked my heart out to be flawless because it was Collin’s career and product I was presenting on stage.” He enjoyed not only the music but the hard work that went into it. At one point, he wasn’t sure he could do it, noting, “I honestly wondered if I had bitten off more than I could chew.”

Seeking Out Success in Profound Ways

Where does success come from? According to Angela Duckworth, a psychology professor, Guest talks about success stems from passion, perseverance, and grit. Duckworth states that this combination is more important to achievement and success than having natural talent. It’s also a better indicator of success than any other quality or measurement tool.

Keeping that in mind, Guest states, “The next step is to perform, to get on stage and take your best shot, whether that be to your boss, your team, or to larger audiences.” He also notes that taking that action – to get out on stage – helps to make all of the preparation real. It helps a person to improve at their goal.

For guests, performing with Raye has opened the door to numerous opportunities. That includes meeting some of the most well-known musicians in the world and exploring famous venues around the globe.

Who has he performed with alongside Raye? That includes names like Keith Urban, Brooks, and Dunn, and Diamond Rio, to name just a few. These are experiences – such as playing at the Grand Ole Opry in Nashville – that Guests would not have had any other way. It is this type of opportunity that has opened the door for a new perspective for him.

Relating Stage Performance to the Lives of People Facing the Pandemic

A guest has certainly experienced a significant amount of change and opportunity in his life with these performances. Yet, he still sees what is happening in the world around him.

The pandemic continues to influence many areas of a person’s life and work. That is not likely to change in the months ahead, either. That’s why he recommends that people take the time to really pursue their passion. To do that, they have to work hard to improve the skills they have that drive them to that passion. Then, they need to do whatever it takes to perform in front of others to reach the level of accountability they need.

“When you combine those three steps, you’ll find your work not only becomes more enjoyable, but you get better at doing the things you’re passionate about. In these times, that may be the best way to find harmony and balance in a less-than-normal daily schedule,” Guest says. For many people facing the pandemic’s ever-changing challenges, this type of advice and guidance can apply to many scenarios.

What USANA Brings to the Table

USANA aims to change the lives of those who use its products. The company creates what it calls high-quality nutritional products that are based on a simple, single principle. That is to feed the body’s cells the specific nutrition they need to perform at their best. In doing so, USANA believes health benefits. The company strives to offer these services by providing innovative and advancing science in the area of nutrition.

Not surprisingly, based on Guest’s history, much of USANA is based on achieving excellence in their healthy living solutions. They also aim to provide continuous improvement with their products and the way they perform. They provide support within the community to encourage healthy lives. The company also has a strong mission to grow with integrity, including demonstrating responsibility and accountability in each person’s actions and decision-making.

Guest’s book, All the Right Reasons: 12 Timeless Principles for Living a Life in Harmony, launched on Amazon recently. Not only does the book offer insights and opportunities for growth, but it also is doing good work. All proceeds from its sale are going to feed hungry children. Each book’s sale is providing 40 meals.

His book, and in information shared, signals a key perspective that many could benefit from having. For those who wish to make the best out of their time during the pandemic, it may be helpful to find something of a passion to pursue and then, like Guest, to work hard to achieve.