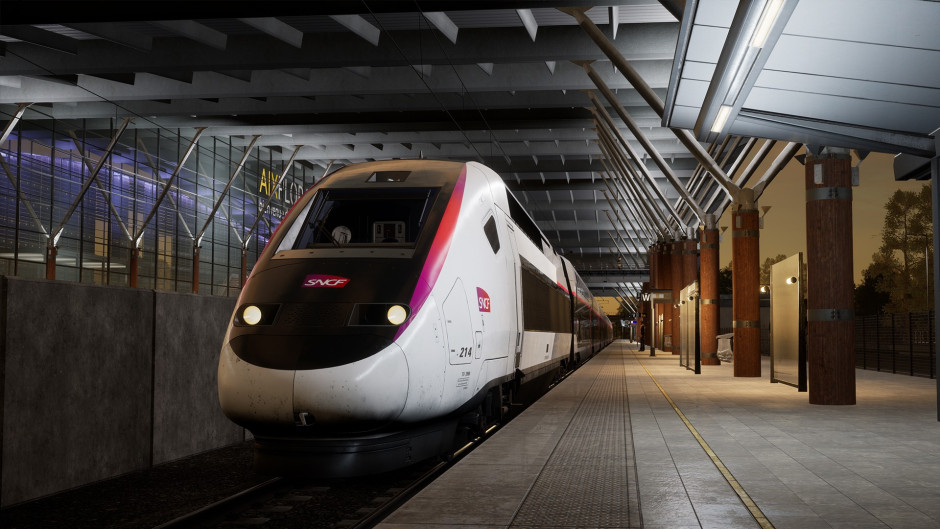 Today, we are launching the first French route for Train Sim World 2, with the sun drenched LGV Mediterranean: Marseille – Avignon. This high-speed line crosses the south of France with the TGV Duplex carrying passengers at speeds of up to 320 km / h. Sit in the driver’s seat and take control of this exciting train. Find out how it was built …

This is the longest route to date for Train Sim World 2. This meant that we had to look for new tools and new ways to create the scenery. Traditionally, we build our routes by hand. The craftsmanship is no different from how building a model train would be. For example, if you want a tree, you place a tree, now multiply that by 60 miles of scale and that gives an idea of ​​the weight of the work that the environment teams take on. With this route we used a new tool that allows us to automatically generate content to give our environment team a canvas to start from, allowing us to keep a handcrafted feel, but build larger routes.

Once the scenery and the track are set, our team will start working on creating the familiar structures and stations on the route. Each of these elements has been carefully recreated to match real-world locations. Along the route, you will travel from the historic 12 Marseille-Saint Charles platform, originally opened in 1848, to the ultra-modern Avignon TGV with its “ glass cathedral ” which runs along the edge of the platform. You’ll also pass familiar structures like Aix-En Provence train station and cross the massive 1.7 km Ventabren viaduct.

This will be our fastest route on Train Sim World 2 at an incredible 320 km / h. This is the first route we have completed that deploys the TVM430 cabin signaling system and also uses the French KVB cabin signaling system. In addition to several different brake systems used on this locomotive, they are essential for maintaining safe control as you navigate the French countryside. You need to plan ahead to get precise station stops.

And, if traveling at high speed isn’t enough, this route is an absolute roller coaster – with some of the fiercest gradients you can imagine. You’ll stumble and climb the route traveling between stations, with quick changes between slopes of 3.5%. This type of incline can be significant on any normal route, but when traveling at 320 km / h it becomes a tense challenge as you battle the physics of membership.

The star of this DLC is the TGV Duplex, rebuilt here and using the official Carmillion livery in collaboration with the SNCF, this locomotive is one of the most complex for which we have built Train Sim World 2. The multiple safety and braking systems have been recreated in authentic detail alongside the power systems, pantograph, and underlying technical elements that define how the locomotive feels and reacts to both your input and to it. ‘environment. We use a custom tool called Simugraph to simulate the internal physics of our trains and this one has about 100 different nodes working together to recreate the TGV Duplex.

You can experience it with Mediterranean LGV who came out today for Train Sim World 2. Start playing for a tutorial on driving the TGV Duplex, then try out our custom scenarios before taking realistic full schedule services on this new route. 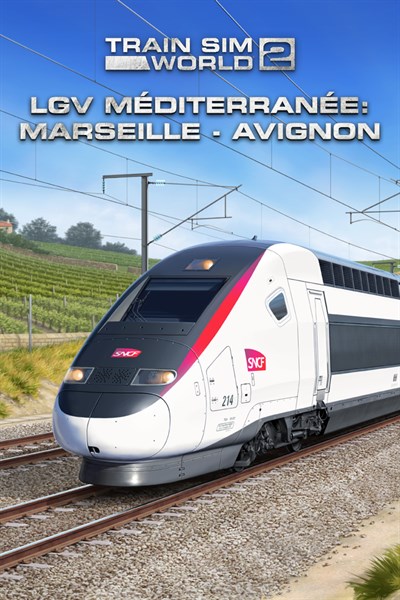 Discover the excitement of the high-speed train, aboard the iconic TGV® Duplex, through the sunny south of France with Train Sim World 2: LGV Méditerranée. It’s your job to operate world-class TGV services over the beautiful terrain of southern France at a thrilling speed of 320 km / h. Handle the complexity of staying on schedule, paying attention to the TVM430 signaling system, as you ascend and fall through the roller coaster landscape. Take control of the instantly recognizable TGV Duplex 200 series, adorning the bold livery of Carmillon, and explore the historic Marseille-Saint-Charles station, which stands in stark contrast to the modern and stylish stations of Aix-en-Provence and Avignon . Each TGV Duplex can accommodate 508 people on its decks, which means that a double set can carry more than 1000 passengers to the coast.