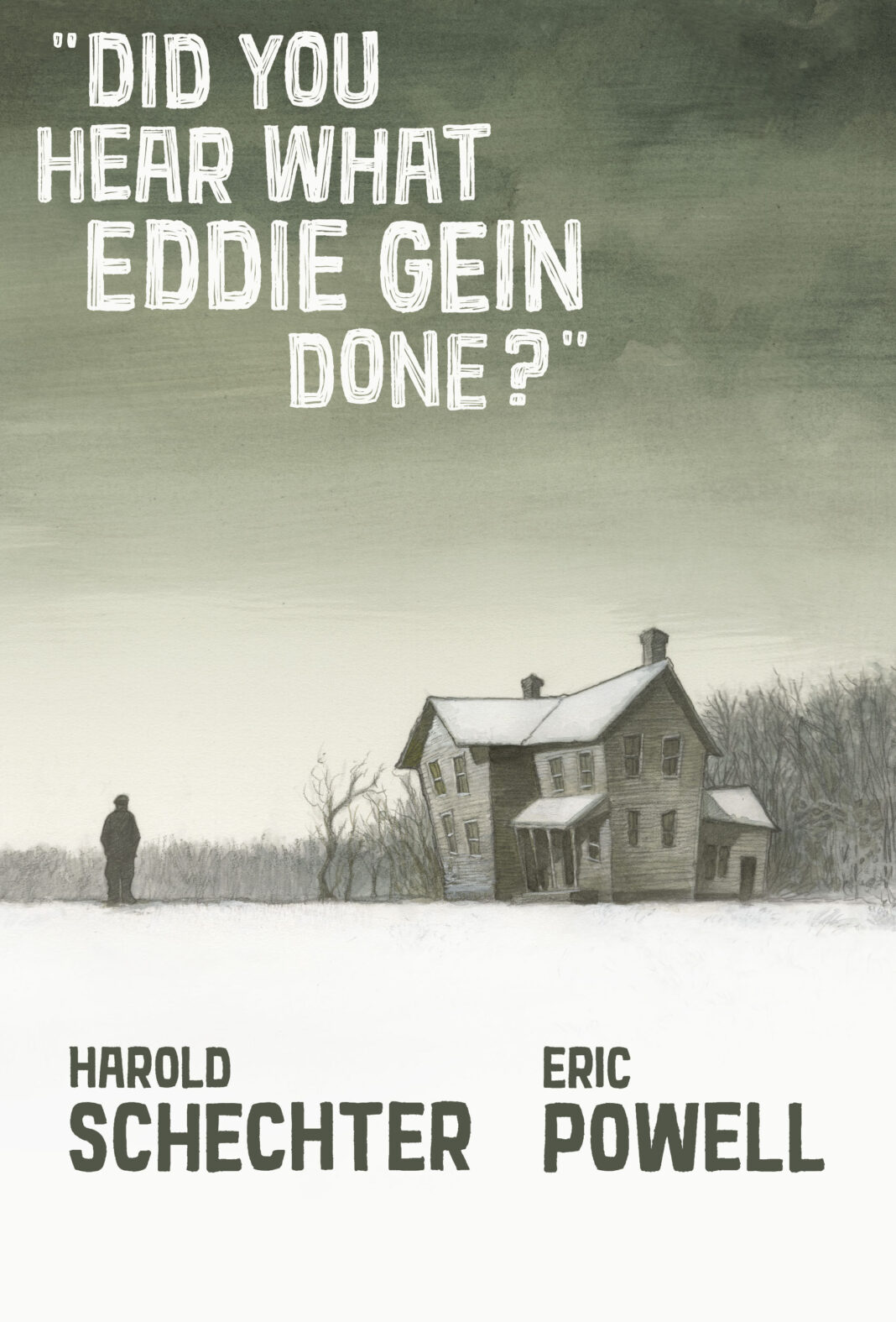 It is safe to say that the world has become mesmerized by the sad and twisted saga of Ed Gein, one of the most notorious serial murderers in American history. Gein’s crimes shocked and hypnotized many in the 1950s, and Gein himself has served as the inspiration for many twisted killers in films, from Psycho’s Norman Bates to The Texas Chainsaw Massacre’s Leatherface. With their next graphic novel Did you hear what Eddie Gein did?, creators Eric Powell and Harold Schechter aim to pierce myths and reveal the true story of a true American villain. Did you hear what Eddie Gein did? is a 200-page black and white graphic novel. The book is billed as a ‘factual’ biography of Gein, one that focuses a lot of attention on his unhappy childhood and family life and how they shaped his psyche. The book also explores the collective shock surrounding the case and the realization that serial killers can look like ordinary, law-abiding citizens.Powell is best known as the creator of longtime Dark Horse The Goon series, and has also worked on titles like Action Comics, Swamp Thing, and Star Wars: Tales. Schechter is a true detective writer who has written non-fiction books like Deviant and The Serial Killer Files.

“Obviously, Ed Gein’s story has been fictionalized several times in the movies,” Schechter said in a press release. “In no visual medium, however, has the bizarre inner workings of his mind been explored and portrayed. The graphic novel is the ideal medium to conduct such an exploration. HAVE YOU HEARD WHAT EDDIE GEIN DOES? will not only bring the factual details of Gein’s crimes to a vivid and compelling life, but draw the reader into the spooky realm of his unique deranged psyche.

“The Ed Gein case is terrible, tragic and fascinating.” said Powell. “This story is not only about Gein and his crimes, but also about how a company tried to deal with the shocking facts of these crimes and the idea that the quiet neighbor next door could be a real scarecrow. The side effect this has had on our culture, especially pop culture, cannot be overstated. “

Did you hear what Eddie Gein did? is set to hit comic book stores on July 14, 2021, and bookstores on July 27. Powell and Schechter also launched a crowdfunding campaign on Kickstarter, which includes exclusive softcover and hardcover editions of the book as well as extras such as fine art prints at higher levels.

In other recent comic book news, Hellboy creator Mike Mignola is the subject of a new documentary titled Mike Mignola: Drawing Monsters, and Batman returns to the world of Fortnite in the form of the Batman / Fortnite: Zero Point comic book series.