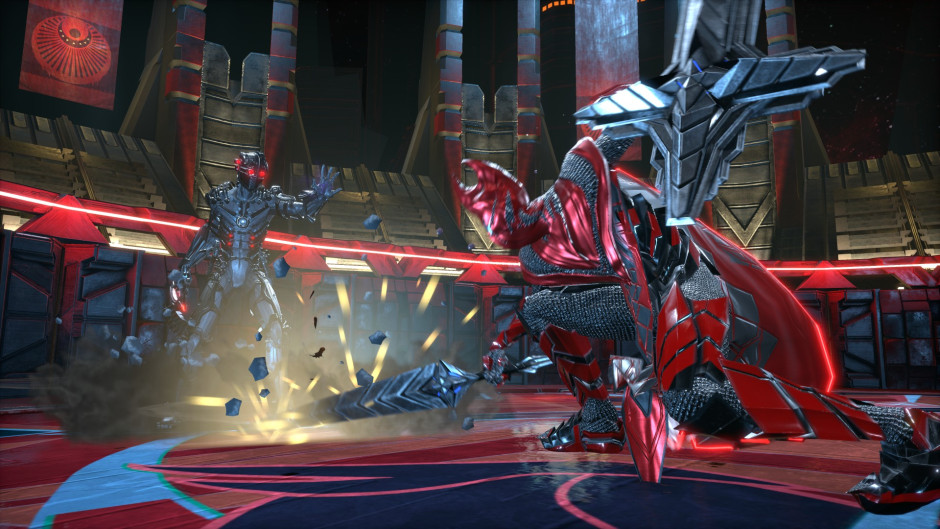 It’s that time of year when the holiday spirit takes over as the colder season nears its peak. But there is no place as cold as outer space. And there is no spirit stronger than the spirit of a fiery battle Hellpoint, a brutal Sci-Fi Action / RPG game developed by Cradle Games and published by tinyBuild. If you are new to the game, discover some tips that might help you get started.

We are more than happy to announce that we are bringing a massive PvP update online – Hellpoint Arena! Now, in addition to battling cosmic evil alongside your friends, you can take on them in an arena located in a gigantic abandoned space station.

Equip your character or choose from multiple presets and take on the best soul-like players in the world! You’ll need to combine melee and ranged weapons, mix different attacks, and use abilities to ward off opponents and move up the leaderboards. The newly implemented matchmaking system allows you to connect with opponents close to your skill and level.

Other additions are the open online multiplayer system. Instead of placing co-op or PvP invites at certain points on the space station, you can now join other players’ sessions or have them join your game at any time, regardless of your location. To fight with or against them is up to you.

Another awesome thing we’re introducing with this huge holiday update is new armor sets. To get them, you will need to participate in (and win) online battles.

Hellpoint Arena is a permanent update, not limited by the holidays, and it’s available now on Xbox One. If you play Hellpoint on Xbox Series X | S, make sure to unlock frame rate in game settings for improved performance. A full next-generation version for Xbox Series X | S will be released in 2021. Please also join our official discord server discuss with Hellpoint’s developers. 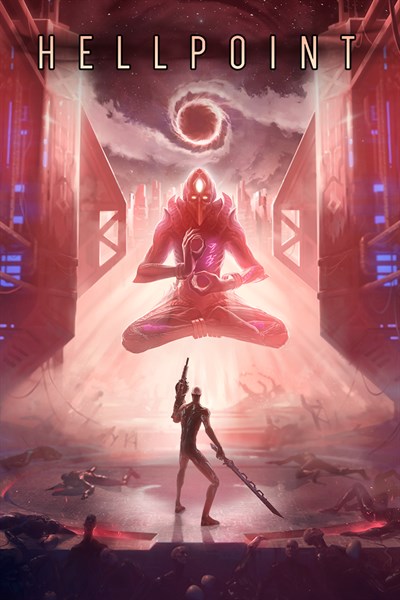 Hellpoint is a dark and challenging action RPG set in a very atmospheric sci-fi universe where the line between science and the occult is blurred. Once the pinnacle of human achievement, the Irid Novo space station has fallen. Its ruins are now overrun by cruel interdimensional entities acting like puppets of the evil cosmic gods. You were created by the author, imprinted organically on Irid Novo, and sent on a mission to uncover the series of ungodly events that led to the catastrophic incident known as the Merger. – Irid Novo is a massive interconnected world full of mysteries, hidden passages, and secrets within secrets – all for you to explore in any order you choose. More fear and thrills await as you travel deeper into the darkest corner of this abandoned colony. – Dozens of melee and ranged weapons and armor pieces to suit your playstyle. Each weapon has unique special abilities that unlock as you fight with them. – A fascinating new sci-fi universe reminiscent of classic sci-fi movies, set in the aftermath of a massive quantum cataclysm and with a deep story and goosebumps-inducing soundtrack. – The space station orbits in real time around a disturbing black hole that triggers various dynamic events such as boss appearances, horde assaults as well as altered enemy stats and positions. – If you’re having trouble, have a friend press start to join a couch co-op session or call for help online. The entire game can be completed without interruption in co-op. Loot is shared and local player two’s experience is saved and not diluted.