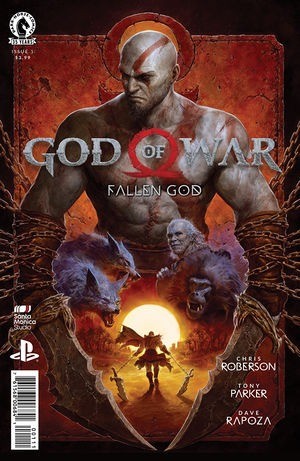 The original God of War trilogy on PlayStation was simply iconic, and the continuing Santa Monica redesign has made a beloved franchise. even better. That being said, there was a lot of unspoken left over from the events of the original trilogy, events that will be explored in a new Dark Horse comic book series called God of War: Fallen God.

Written by Chris Roberson, the new comic book series kicks off with issue number 1 on March 10, 2021 and will explore a tale surrounding a struggling Kratos trying to escape his past. “Can the tides of time ever wash away the sands of blood of sin,” asks the introduction of the new comic God of War. “Or do transpiring offenses permanently and inevitably stain the soul?”

Artist Tony Parker, letterer John Roshell and colourist Dan Jackson are joined by Roberson as the new comic book writer. We also have some awesome Dave Rapoza covers, as shown below:

Fallen god is a brand new tale that takes place between the events of God of War III and 2018’s God of War. According to the comic book publisher:

After having conquered Zeus and thwarted Athena, Kratos believes himself finally freed from his slavery. He sets sail for the wilderness in an attempt to get away from his home and his shame finds only his rage and guilt follow closely behind. Kratos rages against the only enemy who has proven to be invincible – himself. But a war against oneself is impossible to win and only invites madness.

The first issue will go live on March 10, 2021 and can be pre-ordered at your local comic book store! Need help finding a store near you? You can check out Dark Horse’s comic book store locator on the right here.