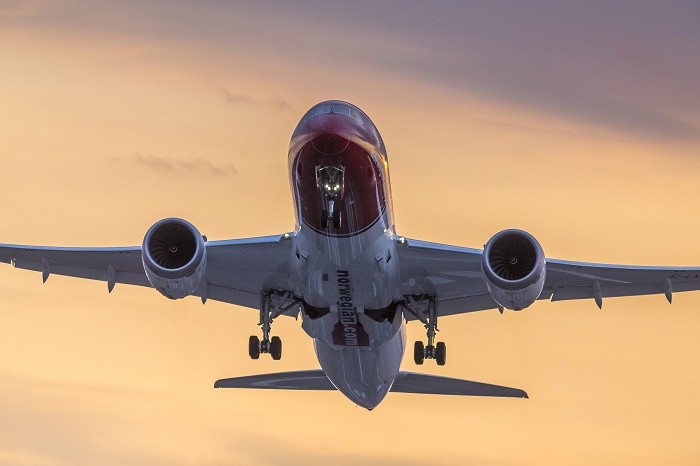 Norwegian today reported a net loss of NOK16.6 billion (£1.4 billion) for the fourth quarter, including impairment of NOK 12.8 billion.

The operating expenses before leasing and depreciation were reduced by 82 per cent compared to the same quarter last year.

In 2020, the company reduced net interest-bearing debt by NOK18 billon.

Demand was severely affected by changing travel restrictions and the continued spread of Covid-19 across key markets.

Out of a current fleet of 131 aircraft, an average of 15 were operational during the fourth quarter, mainly on domestic routes in Norway.

Jacob Schram, chief executive of Norwegian, said: “2020 was an exceptionally difficult year for the aviation industry and for Norwegian.

“Consequently, the fourth quarter results are as expected.

“Unfortunately, many of our employees are furloughed or have lost their jobs, partly due to the company’s decision to cease long-haul operations.

“Despite the difficulties the pandemic has caused, there is a great fighting spirit and engagement within the company, and together we will build new Norwegian when we exit the reconstruction processes.

“Now, we are doing everything we can to emerge as a more financially secure and competitive airline with an improved customer offering, and as soon as Europe begins to reopen, we will be ready to welcome more customers on board.”

In the fourth quarter of 2020, Norwegian entered an examinership process in Ireland and a reconstruction process in Norway.

The purpose of the processes is to reduce debt, reduce the size of the fleet and make the company financially attractive to secure new capital.

Norwegian targets to reduce its debt significantly to around NOK20 billion and to raise NOK4-5 billion in new capital.