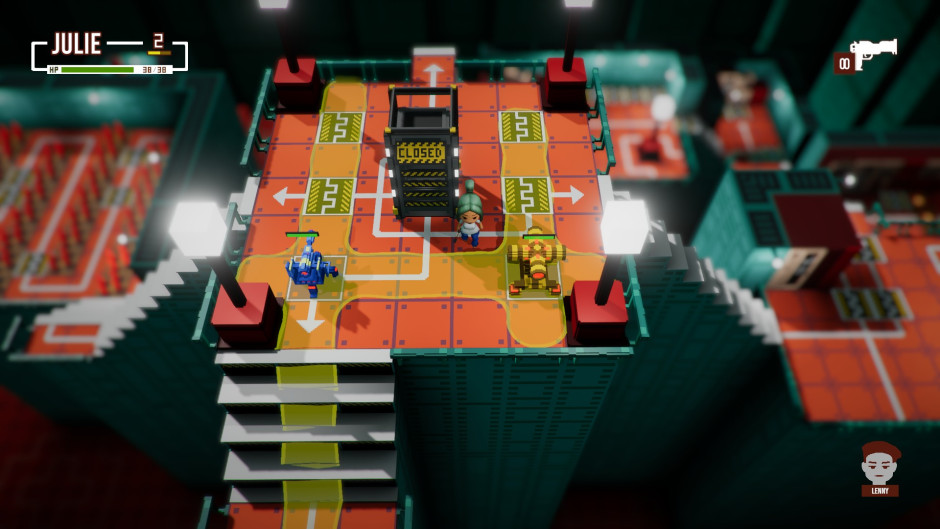 We are in the 70s, and a supercomputer called PAL 9000 is rebelling against its creators! As a last resort, the government assembled a special team of agents. As Julie, a rookie, your goal is to find all of your teammates and defeat the evil PAL 9000.

Hi, I’m Giovanni Simotti, and I’m the developer of the one-man-band behind RoboPhobik, a game that looks like an arcade shooter, but which is not played like the others; enemies will not move or attack you while you are still

The robots you find are programmed to react to your action. If you shoot or walk, they will act. This means that if you want to survive, it’s often a good idea to stop and think carefully about what to do and where to go.

The idea came from my passion for arcade shooters and turn-based RPGs. I’ve always liked the pick-up-and-play gameplay of the first, while taking advantage of the tactical possibilities of the second. The result is a shooter where dodging bullets and enemies is only part of the problem, where enemies will be much more than cannon fodder, trying to surround you and attack from a safe position, while chasing you throughout the level.

The game begins with Julie as the only playable character. As the story progresses, up to five new characters will join the fight, each with their own unique skills and strengths.

The story starts off light, but soon things will get more complicated and murky: are you sure you’re on the safe side? Are you sure bots are the aggressors? What if they just protected themselves?

RoboPhobik is now available on Xbox One and Xbox Series X | S (thanks to backward compatibility). Hope you enjoy it! 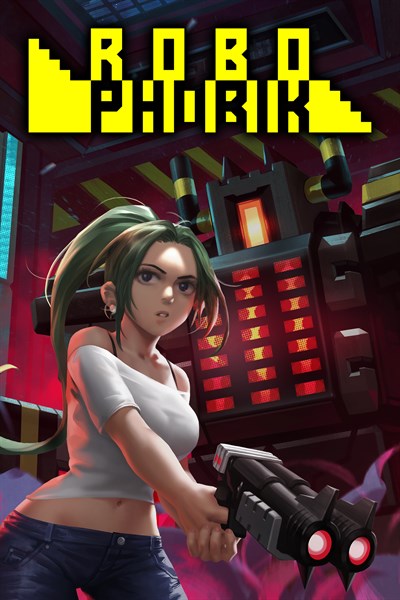 RoboPhobik is a 70s sci-fi-inspired top-down arcade shooter that has a unique twist – enemies won’t move or attack you while you’re still. Use your tactical skills to avoid being surrounded by robots as you tell a rich story full of love, hate and machines! In the early 1970s, the government created a secret experimental robotic city, controlled by a supercomputer called PAL 9000. One day, PAL 9000 got out of hand and rebelled against its creators. He captured the scientists and launched an evil plan to take over the world. In order to regain control of PAL 9000 and its robots, a special team of highly qualified agents has been assembled. Some have already entered the city, only to find themselves trapped inside. As Julie, a rookie, your goal is to find all of your teammates and defeat the evil PAL 9000. But… are you sure you’re on the safe side? Are you sure bots are the aggressors?