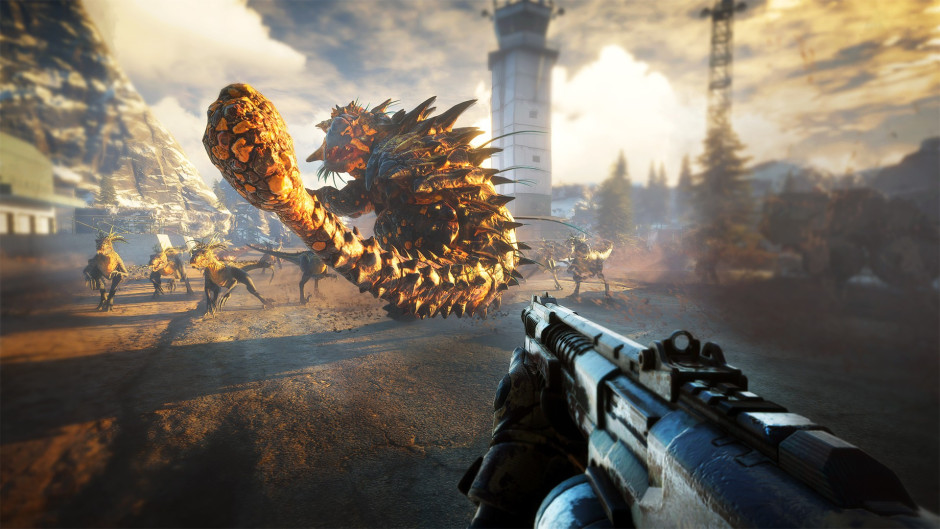 Good morning all! A lot has happened since our lead producer Brynley last spoke to you in May 2020, when we just revealed our plush shooter Dino-guts, Second extinction, during the First Look at Xbox Series X event. An event that saw us all at Systemic Reaction practically huddled around our home workstations, eagerly watching live.

After working in secrecy for so long, being able to advertise your work to the world is always a highlight. A moment made all the more meaningful, having shared it with all these other awesome titles premiering as part of the Xbox Series X reveal. It seems fair to me to finally say how excited we are that Second extinction arrives in the Xbox game preview program this spring!

It was quite early in the game’s development that we were able to confirm something we all suspected; shooting dinosaurs and watching them burst was fun. Creating the gameplay moment by moment is one of the most important things to do in a game. It’s the basic set of actions that we ask players to do over and over again after all, and to nail that down so early on has was a massive win for the game and gave us a huge boost of confidence that we were on to something special.

Equally important is keeping the game alive and fresh for an extended period. From our progression systems to the types of additional content we want to add, the longer form elements of the game are based on our best guesses as to what players will react to and how. The war effort, our dynamic content and our difficulty system, is entirely determined by the overall player base, which would be (hopefully) larger than our small team here in Malmö. All of this gave us an opportunity; Engage players and be part of the process to help determine where we are going Second extinction following.

When the systemic reaction was formed as a separate division of Avalanche Studios, it was to create games for and with the community in mind. It’s right there in the “Reaction” part of the name. We listen to what the players react to and we react. As a studio, we value collaboration and openness within our team, and the PC Early Access release in October seemed like a natural extension of that. We simply expanded this team to include our players.

As a creator, having this immediacy of feedback on your game is an incredibly stimulating process, made all the more rewarding by the warmth and passion that our community has shown. Since the launch of Early Access, we’ve been able to add new features and tweak old ones with greater confidence that we’re building something better with each update.

I can’t wait to welcome Xbox players to the team in the spring, and if you I can’t wait to get in on the dino killing action, join us on our Discord channel.