Sephiroth in Super Smash Bros. Ultimate: everything you need to know 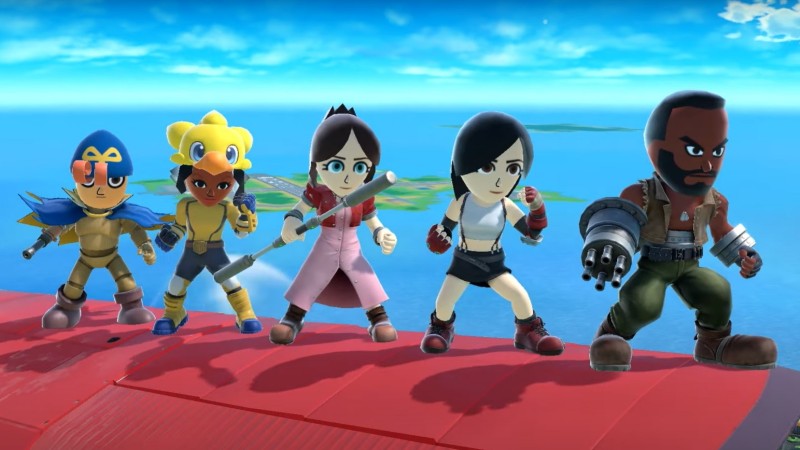 Super Smash Bros. Ultimate fans were pleasantly surprised when Sephiroth was revealed as the next DLC fighter at the Game Awards. Naturally, there were a lot of questions about how he will play – namely how the game will handle his absurdly long sword, the Masamune. The latest in-depth gameplay dive curated by Smash Bros. creator Masahiro Sakurai gave us an intimate look at the villain in action as well as some new additions to come when Sephiroth arrives on December 22.

Sephiroth comes both in her classic look and in a shirtless variation. He is only voiced in Japanese, which is disappointing for fans of his English voice. As expected, the Sword of Sephiroth has a long range, ideal for keeping enemies at bay or for closing the gap against fighters from a distance. His high arch Up + Smash attack can simultaneously strike opponents in front of and behind him. The downward knife attack can pierce platforms, damaging opponents hiding below. When knocked out from the ring, Sephiroth can also stab the stage to keep himself from falling, then get back up … and that’s not even his actual recovery move. Of course, Sephiroth also sports his signature Octaslash.

When he’s not slicing his enemies to shreds, Sephiroth blows them up with his Flare, Megaflare, and Gigaflare attacks. He also possesses Shadow Flare, fireballs that orbit fighters for a period before suddenly bombarding them. Her Supernova inflicts a random array of crippling status effects, such as reversing an opponent’s controls.

When Sephiroth is on his last legs, his one-wing form activates. This mode increases Sephiroth’s speed and strength, and he also gains an extra jump (giving him three jumps in total). If that’s not enough, the Winged Form also grants Super Armor to Sephiroth’s Shattering Attacks, meaning it will be more difficult to interrupt his more powerful strikes. Balancing this transformation is the fact that either Knocking Out an opponent, or getting knocked out on his own, disables the Winged Form.

When Sephiroth arrives, he makes a host of other additions. Final Fantasy VII themed Mii fighter skins based on Barrett (Gunner), Tifa (Brawler) and Aerith (Swordfighter) as well as a chocobo hat. Plus, there’s also a Gunner skin based on Super Mario RPG’s much-requested Geno (don’t shoot the messenger, guys). Cloud also gets the Omnislash Ver. 5, the Advent children version of his signature attack.

There’s a new stage as well, and Final Fantasy VII Remake fans who haven’t played the original game might want to tread lightly as even Sakurai said it could be a disclose (while acknowledging that Remake could to change things). If you are worried, proceed to the section below the next image. Otherwise, click on the text to display information about the new arena.

The Cave of the North, the climatic setting for the final battle in the original Final Fantasy VII, is a brand new arena. Here, players can battle it out as scenes from the game’s grand finale play out in the background, including Cid’s airship flying overhead and even the big time Meteor. You know the one. It’s a little wild to see just the end of a game happening more or less right in front of the players, but Sakurai himself has basically said that FF VII is a 20 year old game, so heck with the spoilers at this stage. 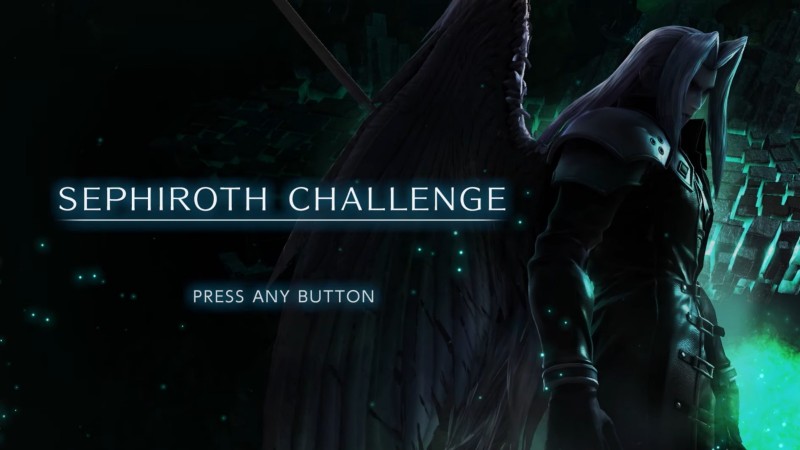 If you can’t wait until December 22 to play as Sephiroth, a limited-time Sephiroth Challenge is live today. You can find it at the top of the main game menu. From now until the 22nd player can take on Sephiroth one-on-one, under various difficulties. Defeating him unlocks him and the new stage early (but you still need to purchase Challenger Pack 8 or Fighter Pass Vol. 2).

What do you think of Sephiroth and the new additions to Super Smash Bros. Ultimate? Let us know in the comments!