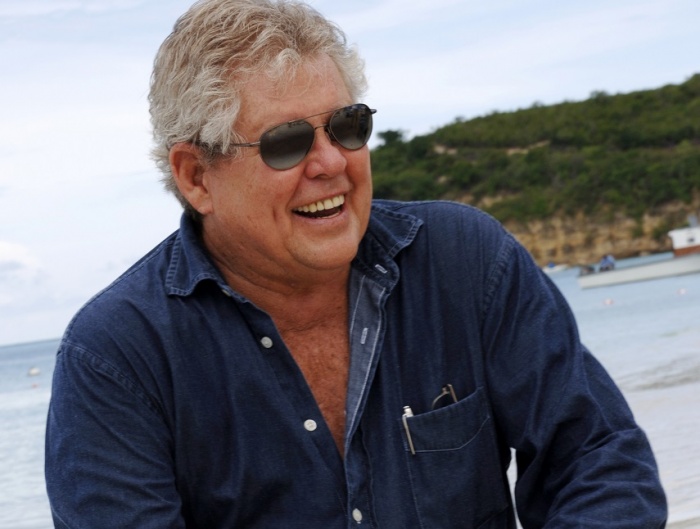 Stewart died in the United States at the age of 79 after a short illness.

Bartlett expressed his deep sadness at the passing and said: “Butch was truly an icon and innovator, philanthropist and perhaps the greatest marketer tourism has ever seen.

“Sandals is indeed the largest and most enduring brand created by a Caribbean entrepreneur in tourism and arguably the world today and the standard by which luxury all-inclusive is judged.

“I hail him as a father, leader, benefactor, and the greatest tourism entrepreneur of our time.

“His passing is truly devastating,” said the minister.

He was also the founder and chairman of the ATL Group of Companies and the Jamaica Observer.

“Gordon ‘Butch’ Stewart has made an indelible mark.

“He has established himself as not just the standard by which entrepreneurship can be judged, but he has established a brand that has become global and is also the strongest statement that small island states such as Jamaica can make on global scenes, irrespective of their areas of involvement,” said Bartlett.

“I think that we can look back on his life and times and draw inspiration from the success that he has had.

“But I think, most importantly, we can be inspired by his resilience and the fact that he has started from nowhere, and has ended up as being one of the most celebrated human beings that Jamaica has produced in the last century,” he added.

Stewart ventured into the hospitality business in 1981 with the acquisition of properties in Montego Bay, St James, one of which was upgraded and later launched as the precursor to what is now Sandals Montego Bay.

The Jamaica Tourist Board echoed the sentiments, offering its sincere condolences to his widow Cheryl, his seven children, immediate and extended family.

In reflecting on his passing, chairman of the Jamaica Tourist Board, John Lynch, who worked with Stewart for decades spoke of his commitment to excellence.

“I have had the privilege of working with Stewart over many years, and his passion and vision for tourism in Jamaica and across the wider Caribbean region is unparalleled.

“He will be remembered for his ground-breaking work in growing the all-inclusive concept here and in the Caribbean and we’re confident his rich legacy will be preserved.”

Stewart was a leader in the hospitality industry, influencing the all-inclusive resort in a way that reshaped the notion of luxury.

He was awarded a number of honours over the years, including the Order of Jamaica (OJ), Commander of the Order of Distinction (OD) and Global Iconic Legend of tourism at a UNWTO gala dinner held at the Montego Bay Convention Centre in 2017.

At the Jamaica Tourist Board he served two stints as a member of the board of directors, from September 1984 to March 1986 and February 1989 to July 1997, and his significant contribution helped to make Jamaica a world-class destination.

Donovan White, Jamaica director of tourism, said he believed: “The industry has lost a tourism giant, and though I never had the privilege of working with Stewart, I feel like I know him personally, because the evidence of his hard work, passion, love for Jamaica, dedication and commitment to excellence is unmistakably evident around us.

“Jamaica and the Caribbean have benefitted significantly from his insights and investment in travel and tourism and there are many who’ve attested to the impact of his tutelage.

“Jamaica’s tourism is richer for his exceptional leadership and unstoppable vision and we will continue to build on that rich legacy.”

A statement from the Caribbean Tourism Organisation (CTO) added Stewart had been a faithful and passionate servant of Caribbean tourism for four decades and his dedication was fully demonstrated through his many outstanding achievements.

His was a virtual lifetime of high performance, devotion to country and the Caribbean and commitment to excellence in the hospitality sector, added the statement.

“Stewart was a mentor to many, and his contributions have touched almost every sector of Jamaican and Caribbean society,” said the CTO.

“His passing is a great loss to the entire region.

“He was a true travel and tourism and business icon, and his legacy will shape future generations.”

“As we mourn the loss of Caribbean tourism icon the honourable Gordon ‘Butch’ Stewart, we extend our heartfelt condolences to the Stewart family and the thousands of extended family members in the Sandals organisation.

“Our industry will forever be indebted to Butch for his continued passion for excellence and legendary Caribbean hospitality.

“His vision has bestowed to the global industry a Caribbean organization that adheres to the highest standards of excellence, celebrates and promotes the region’s uniqueness, and invests in the development of our people and communities.

“Let us preserve and build upon his legacy by continuing to support the development of our industry.”

A private funeral service will be held.

Those wishing to share memories, condolences or personal stories may do so .(JavaScript must be enabled to view this email address).

For more on the life of Butch Stewart take a look at the Breaking Travel News obituary here.