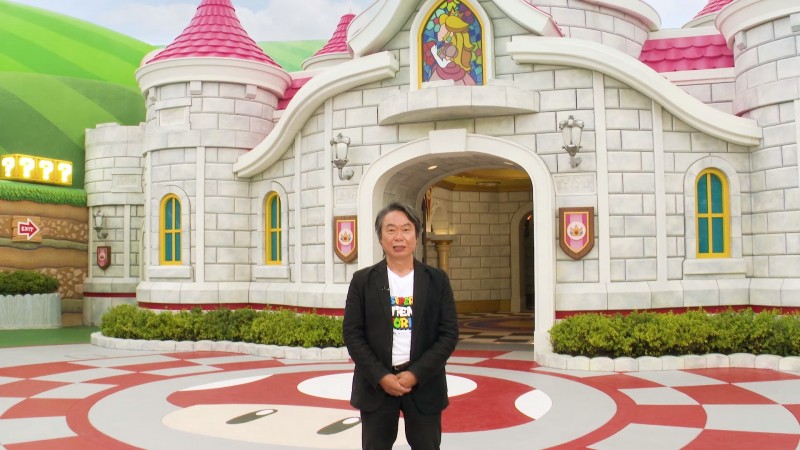 We’ve been waiting for a long time to see what Nintendo and Universal Studios Japan have in store for fans when Super Nintendo World opens in 2021, and during a Nintendo Direct special video, we got a glimpse of the soon to be opened amusement park. In the video below, you can join legendary game designer and creator of Mario, Zelda, Donkey Kong and more, Shigeru Miyamoto, on a special tour of the park.

You enter Super Nintendo World, appropriately, through a giant green pipe, but the nostalgic magic doesn’t end there. When you exit to the other side, you find yourself in the lobby of Peach’s Castle as it appeared in Super Mario 64 with the Bob-omb Battlefield painting and Peach Castle theme music. Miyamoto says visitors can expect to hear a lot of tunes from the Super Mario series as they explore the park.

After leaving Peach Castle, you have a stunning view of the park. In the middle is Super Mario 3D World’s Mount Beanpole with a ton of enemies and a pole at the top. If you have a Power-Up Band, you can pair your smartphone to see your score, coins, and digital stamps collected from activities and question mark blocks. Miyamoto also showed an activity where you collect a key by timing a POW block just right. If you collect all the keys, you can take on Bowser Jr. in a final battle.

As Miyamoto continues his tour, he takes us to a dimly lit underground area, with the iconic underground theme and other secrets to uncover using the Power-Up Band. As he ventures deeper, the world grows bigger to make you feel like you’ve gone mini like Mario sometimes does. 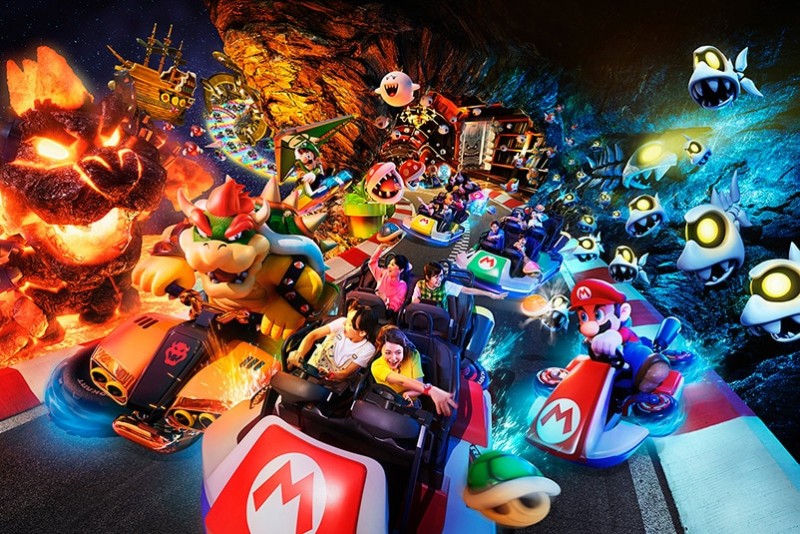 Of course, it’s not just about the Power-Up Band. Super Nintendo World also has a variety of attractions, including rides featuring Mario Kart and Yoshi. Plus, as you might expect, there’s a gift shop where you can buy all kinds of Nintendo memorabilia, including t-shirts, hats, stuffed animals, and other merchandise that you can’t find there. Super Nintendo World also serves special popcorn flavors like Peach Caramel and Mushroom, but if you’re looking for a real meal, you can head to Kinopio’s Cafe for Mario-themed dishes prepared by Toads.

You can take the merry ride with Shigeru Miyamoto below.