Who are the main characters in Deathloop, Colt and Julianna? 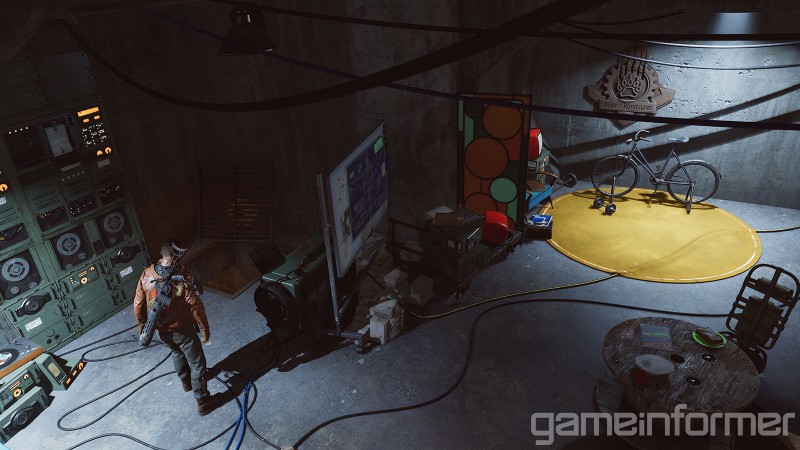 You are trapped on an island, reliving the same day over and over again, and you are one of the few who seem to realize it. Do you accept the absurdity of the situation and take advantage of the time loop? Or are you doing everything in your power to end the loop and escape the island? Arkane’s main Deathloop characters Colt and Julianna find themselves in the same situation, but they choose to take opposite paths. As Julianna spends the time of her life on the island, reliving each day and treating the experience as a never-ending party, Colt wants to break the loop and escape by any means necessary. Unfortunately, only one of them can be successful.

As you can imagine, players are in control of how the conflict between Colt and Julianna unfolds, as you can choose to take control of either character. If you choose Colt, you replay the same day to formulate and execute the perfect plan to break the loop. If you choose Julianna, you are invading other players’ games as the Loop Guardian and doing your best to interrupt their attempts to smash whatever Julianna has worked for.

The captain wakes up

Colt wakes up every morning with a terrible headache; he made the terrible decision to drink heavily the night before entering the time loop, giving him a daily hangover. While memory loss is a fairly common symptom of heavy drinking, Colt suffers from something much worse; he doesn’t remember his past or really doesn’t remember himself at all. What he does remember, however, are the events of the previous loops, making him one of two people apparently carrying their memories back after each time loop reset.

Julianna is one of the first people Colt meets when he wakes up on the island for the first time. She mysteriously seems to know a lot more about him than he does about her. Colt has no idea why he’s on the island or what the island is, but he soon begins to learn more about himself as Julianna talks to him on the radio and ultimately in the flesh. and in bone. “She is his arch enemy, his antagonist,” says game director Dinga Bakaba. “She ambushes him at every turn. She taunts him on the radio, teases him with tidbits of information about the mystery of the island, but doesn’t reveal anything to him directly.” 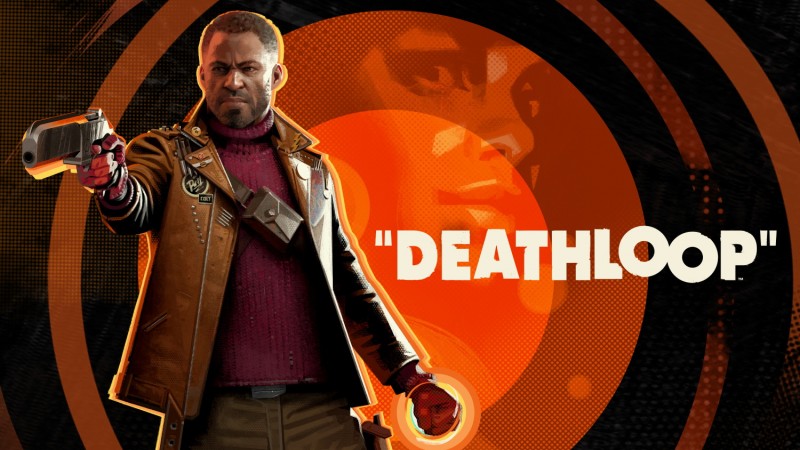 This situation is a waking nightmare for him. “He is in a difficult situation,” says Bakaba. “I mean, he wakes up with a hangover every day. It’s a tough way to start the day. On top of that, everyone on the island is trying to kill him, including Julianna, who is very cunning about how to kill. He’s really in dire straits and I think he’s seeing something Julianna doesn’t. “

All of these people on the island know they’re in a time loop, but they don’t realize it’s the same day over and over again; they all think they wake up on the first day of the loop every day. Colt thinks this is no way to live and begins to feel sorry for them, even though they all try to kill him (on Julianna’s orders). He desperately wants to escape so that he can start putting his life back together. To do this, he must find a way to break the loop.

To break the loop, Colt realizes he has to assassinate the island’s eight visionaries in one day. There is a very specific way to do this, so to be successful it will require trial and error over several loops. Of course, even Colt finds the perfect plan to take out targets in the right order, the best-laid plans can quickly degrade when you have a large target on your back, with another assassin waiting to ambush you at all. moment. . 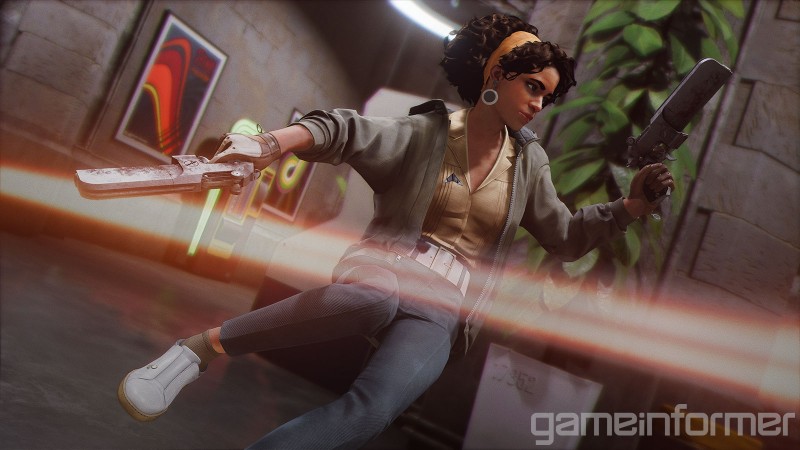 Julianna wants to preserve the loop, which means trying to stop Colt. Although she is very serious about her mission, she goes about it in a fun way, pushing Colt and having fun at his expense. Julianna considers the whole time loop experience to be harmless fun, and Colt’s unwavering desire to ruin the party for everyone tells her she needs to end it. “She really sees him as the quintessential party animal,” says Bakaba. “He’s trying to ruin everything the AEON program has been working on for years.”

Not only does Julianna think Colt is trying to spoil everyone’s fun, but also that he’s ungrateful and wastes the opportunity on himself. “The way she sees it, Colt is given the best gift ever; you know, never dying, no consequences, the opportunity to be your best self over and over again,” Bakaba says. “And he just says, ‘No, I want to go out.’ She really can’t reconcile it. Not only can she not accept it because if he succeeds in doing so, it will not only ruin her fun, but her job and her goals, and her philosophy. But, I think she likes the hunt. “

Because Colt and Julianna are apparently the only two who remember the events after resetting the time loop each day, the two are getting more and more familiar. The jokes between the two borders on teasing and joking, but the hostile tension persists as the two simultaneously work towards opposing goals. 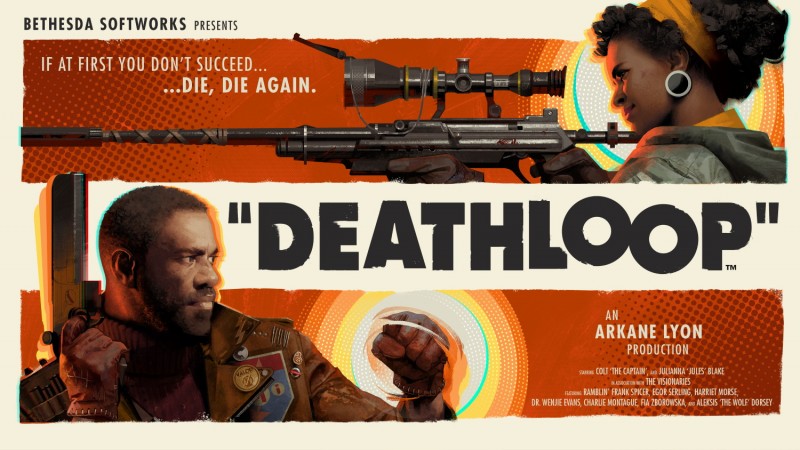 Even though she gets angry and literally tries to kill him, Julianna is the only person Colt can talk to. “There is a very interesting dynamic between the two characters,” says Bakaba. “She seems to have a great interest in him, not only to stop him, but she wants him to keep trying even though she will do anything to prevent him from achieving his goals of breaking the loop. they’re both fascinated by each… to some extent. It doesn’t immediately appear on Julianna’s side. “

This dynamic leads to nuanced interactions between the two, giving their relationship more layers than the antagonistic relationships typical of entertainment media. “I would say they are the ‘best enemies’ because there is definitely a connection between the two,” Bakaba said. “Sometimes they’ll laugh at the same jokes, sometimes they’ll just talk about their situation, but most of the time they have radically opposed views on the situation and radically opposed goals. It’s an interesting dynamic and they’re all. two full of surprises, so it is never boring to hear them interact. “

One of the most interesting things Julianna does to Colt is start telling everyone on the island every day that Colt is a traitor and should be killed on sight. Julianna wants Colt to fail in his mission, but according to narrative director Bennett Smith, there’s more to it than just wanting to stop Colt. 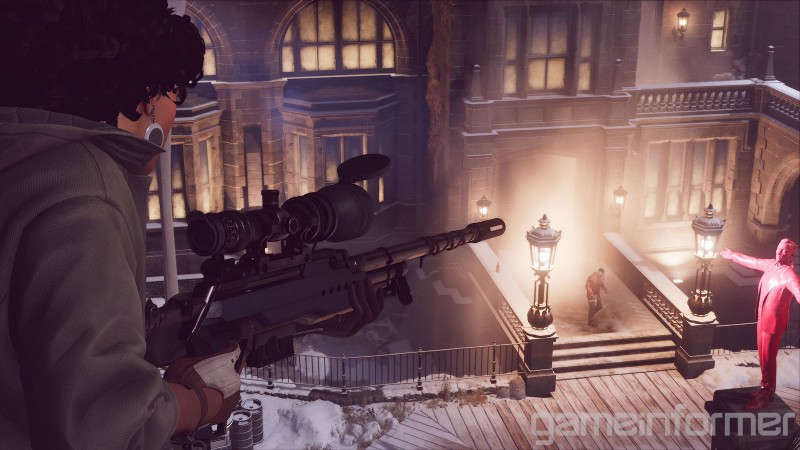 “It’s part of his method of making things more fun,” says Smith. “When Colt is put under pressure, he overcomes the obstacles that come his way, just like a player would. The player gets more powers or weapons or whatever, and becomes more skilled in the mechanics of the game. They get better. in what they do. do, which kills people in general, and fight her, which makes it harder for her. She puts you at a disadvantage very early on. She says, “Everybody’s gonna kill Colt!” Colt has to. bypass this obstacle. “

But is there more to it? Hearing that Julianna wants Colt to get better and better to make it a bigger challenge for her is all well and good, but is she testing him and training him for a bigger task? Is there more at stake than Julianna’s initially obvious motivations would have you believe? We’ll have to wait until the full game is released to get a solid response, but Smith says that early on Julianna tells Colt that she wants him to improve in order to kill.

“She told him that pretty early on,” Smith says. “She said something to him like, ‘Chop, chop! Let’s go! I want you to be good, so go kill these guys and come back and talk to me.’ But of course she can show up and kill you, so c is kind of the fun part. “ 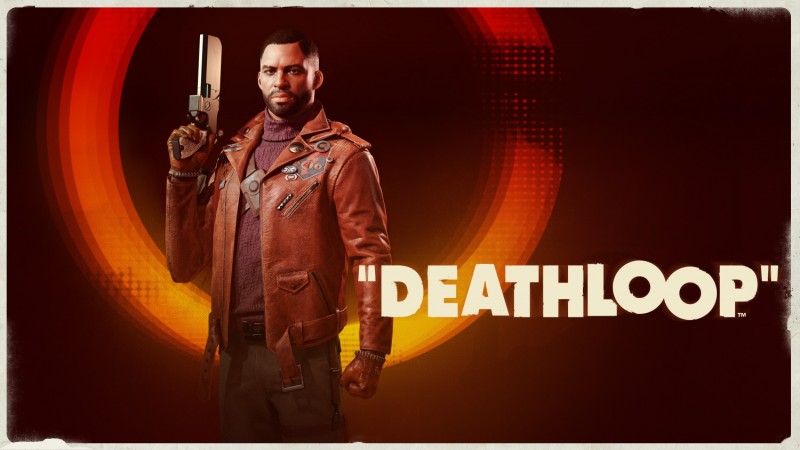 The visual design of each character reflects their personality. For Mitton, the main references for Colt’s design were actor Lee Marvin as he appeared in the 1967 film. At close rangeand Kurt Russell in The thing and Escape from New York, with a touch of Tarantino inspiration for good measure.

Despite his supposed military background, Colt sports a leather jacket that’s more retro military-inspired than ripped straight from the ranks of any branch of the military. His jacket crackles and reflects light as you move around the world, and he wears sports gloves that hark back to Mitton’s days as a Harley Davidson rider. While Colt has his signature look, his mood is often shown through his wardrobe as well as his personality.

“We have Mad Colt and Colt who are a little more depressed… you can see it through the storytelling, but also on him and what he’s wearing,” Mitton says. “It’s really interesting because it goes back and forth between the storytelling, the design, the visuals, and we feed each other until we get something that everyone is happy with.” 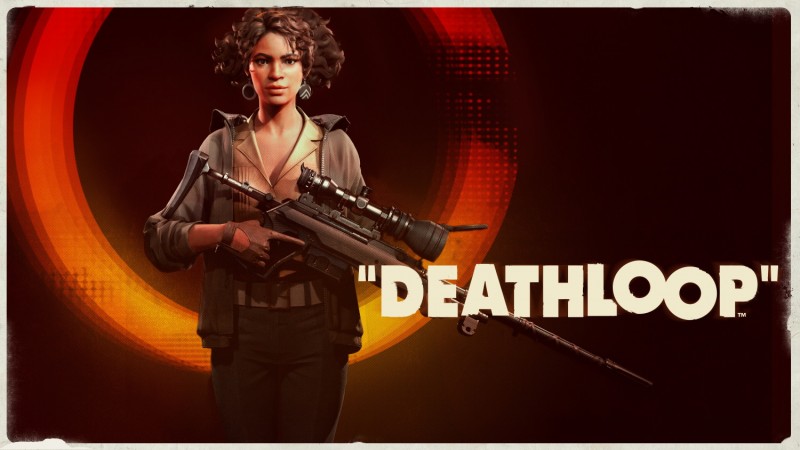 For Julianna, Mitton wanted to lean more on her personality with her design. Julianna is playful by nature, so it was important to have a design that reflected that. “It also represents eternal youth and work; she worked really hard to keep her memory alive, ”Mitton says. “She has a large library in her house and she works to preserve the loop. She is the keeper.”

Julianna showcases several different looks, but Mitton says the team have tried to stay true to her character’s spirit. “Even if you change your outfits and clothes, you try to keep your characteristics and psychological characteristics,” he says. “We don’t just make visual skins for variations. We really want them to embody something.”

If you’re excited to see how it all plays out, Deathloop launches for PlayStation 5 and PC on May 21. For more information on the upcoming Arkane title, check out our current number and our coverage hub by clicking on the banner below.