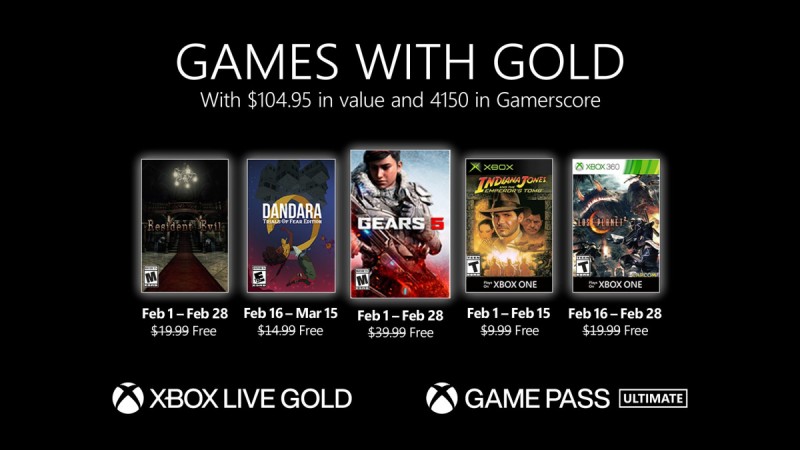 With the recent fanfare from Resident Evil Village and with the 25th anniversary on the horizon for the iconic franchise, the first Resident Evil game available on the market is timely. Indiana Jones for the original Xbox is also a solid choice, for no other reason than the fact that a new Indiana Jones game has been confirmed. being run by Bethesda.

For the full list of titles available and when you can pick them up:

For those who don’t have the Ultimate membership and are Xbox Live members only, there are a few key changes you should be aware of regarding a price increase. You can learn how the price is affected, and why, with our previous coverage here.

Just like with the PlayStation Plus line, to get the free titles seen above, an Xbox Live subscription is required. As long as this subscription remains active, the games are yours.

Thoughts on the last free month for Xbox Games With Gold in February? What would you like to see Microsoft add next? Give your opinion in the comments section below!