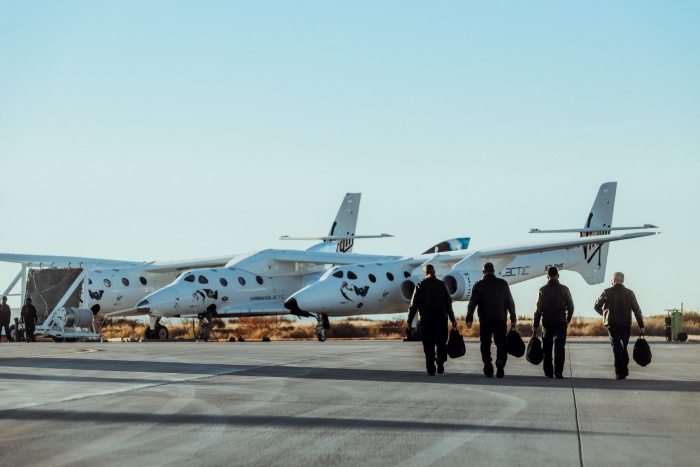 Virgin Galactic has issued a statement following a failed test over the weekend.

The company said, during the test flight, the rocket motor “did not fire due to the ignition sequence not completing”.

Following this event, the pilots conducted a safe landing and return to Spaceport America, New Mexico as planned.

Virgin Galactic is now conducting post-flight analysis and can so far report that the onboard computer which monitors the propulsion system lost connection, triggering a fail-safe scenario that intentionally halted ignition of the rocket motor.

This system, like others on the spaceship, is designed such that it defaults to a safe state whenever power or communication with sensors is lost.

The pilots in the spaceship, as well as the engineers and pilots in mission control, are well prepared for any off-nominal results, as they plan and rehearse many potential scenarios during pre-flight simulation practice sessions, including a scenario where the rocket motor does not ignite after release from the mothership.

“The flight did not reach space as we had been planning.

“After being released from its mothership, the spaceship’s onboard computer that monitors the rocket motor lost connection.

“As designed, this triggered a fail-safe scenario that intentionally halted ignition of the rocket motor. Following this occurrence, our pilots flew back to Spaceport America and landed gracefully as usual.”

He added: “As we do with every test flight, we are evaluating all the data, including the root cause assessment of the computer communication loss.

“We remain focused on the test flight program we have previously announced, beginning with a repeat of this test flight, which included two pilots and NASA payloads.

“This will be followed by another test flight which will include mission specialists in the cabin.

“And following that flight, we will have another test flight which will include our founder, Richard Branson.

“We look forward to sharing information on our next flight window in the near future.”